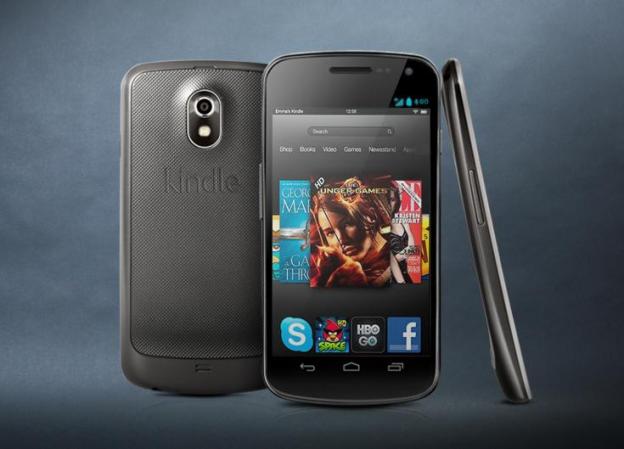 According to a report published in the Wall Street Journal, Amazon is busily working on a project involving not one, but two smartphones, which would compliment its Kindle Fire tablet range should they be released. The rumor of an Amazon smartphone has been doing the rounds for a while, but this time, we’ve been given a hint of Amazon’s secret headline feature – it’s apparently going to give one a 3D display.

The Journal’s sources say the device will be a top-of-the-range phone, and the screen will boast glasses-free 3D capabilities, plus a high-tech eye-tracking feature. This will supposedly give the images a holographic look, and see them, “float” above the screen for a complete 360 degree 3D view. The eye-tracking tech could also enable menus to be navigated using eye movements, which could sound familiar, as a similar feature was linked to the Samsung Galaxy S4.

It’s not only the eye-tracking which has an air of familiarity to it either, as the 3D screen and its holographic look sounds like HP’s futuristic 3D display, recently revealed to be an R&D project at the firm. HP’s system produces an image which appears on top of the screen, and would be viewable from all angles. However, it was described as a proof-of-concept, and nowhere near ready for commercial use. Amazon makes some interesting hardware, but it’s not the first name that comes to mind when one thinks about the development of cutting-edge tech. If it is working on a 3D screen, we’d expect it to be more Nintendo 3DS than R2-D2 projector.

But why would Amazon be working on a 3D phone? Yes it would make it unusual, but that doesn’t mean anyone really wants it. Both LG and HTC have given 3D phones a go in the past, with the Optimus 3D and the HTC Evo 3D respectively, but that was two years ago – and no-one has been crying out for a sequel.

According to the report, Amazon wants to get at least one of its phones on the market this year, but neither have been given the green light yet, so this could be one of many experimental devices never destined to see Amazon’s virtual store shelves. Previously, Amazon’s smartphone has been linked with features such as a 4.7-inch touchscreen, and the recent announcement Amazon would be expanding its Android application store to many new territories, signaled it may be gearing up for the release of a low-cost smartphone. Whether it will have a 3D screen or not, remains to be seen.

Topics
Video-editing app LumaFusion to get a Galaxy Tab S8 launch
Why the cheap Pixel 7 ruins all other Black Friday phone deals
Apple iPad Mini just got a $100 discount for Black Friday
This 12.9-inch iPad Pro Black Friday deal is the best we’ve found
How to set up and use a second line on an iPhone with an eSIM
I love the Oura Ring, but I’m increasingly worried about its future
Why GPS is critical to your smartphone — and desperately needs an overhaul
Kindle Black Friday deals just landed – save on Paperwhite and Oasis
Garmin watch Black Friday deals: Forerunner 45 and Vivoactive 4
How to block someone on WhatsApp messenger
Best stylus for tablets and computers: Top pens for note-takers and artists
Should you buy an iPad on Black Friday or wait for Cyber Monday?
Should you buy a phone on Black Friday or wait for Cyber Monday?