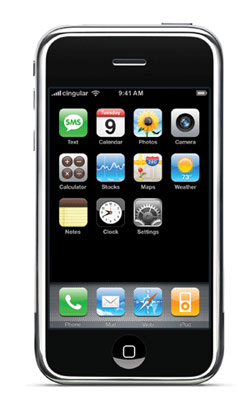 There’s been a lot of talk this year about finally charging readers for news, especially on mobile devices, where media executives see a chance to condition consumers to handing over a few dollars for a constant stream of updates to their pocket. CNN is among the first big news outlets to give it a shot. Its app costs $1.99 to download.

The new app follows an announcement this month by News Corp. Chairman Rupert Murdoch that the company will start charging a subscription for access to The Wall Street Journal’s mobile applications. It will cost $2 a week starting Oct. 24, or $1 when bundled with either a print or a Web site subscription (Subscribers of both print and online get the mobile app for free)

Even so, CNN is in relatively new territory as a provider of general interest news. Many in the industry are skeptical that readers will pay for much online beyond business and financial reporting — the kind of stuff that helps people make money. How CNN fares in selling its app on Apple Inc.’s iTunes store for the iPhone and the iPod Touch will be closely watched by other media companies as they struggle with the loss of advertising dollars to the Web.

So why does CNN think readers will pay for its iPhone app instead of choosing one of its myriad free competitors?

“It really depends on the quality and nature of what you’re putting into the market,” said KC Estenson, general manager for CNN.com.

Among the high points of the CNN app: It offers the chance to essentially join the CNN reporting team. Readers are invited to submit their own photos and video clips to iReport, a feature CNN already uses on its Web site for gathering material from the public.

The app also has live video feeds for big breaking events. So if a plane crashes in the Hudson River, app users won’t have to rush to the nearest TV screen for a live report but could just take out their phone.

Overall, the app has a similar look to the CNN of television, with white lettering on a black background and prominent use of photos for a sleek feel.

Still, there is evidence many readers just won’t budge from $0. The Associated Press, for instance, tried charging $2.99 for a BlackBerry application this year. The download rate was less than a tenth of what the app usually attracts, said Jane Seagrave, the AP’s senior vice president for global product development. Since dropping the fee, the AP has seen its downloads soar, she said.

“There were too many others that were available on the market for free,” Seagrave said. For now the AP is trying to generate revenue from the app by selling advertising on it. She would not disclose how much revenue the AP is getting from mobile phone apps.

CNN’s Estenson sees potential in advertising as well, as long as the ads are as standout as the news content and “really looks good,” he said.

But some news executives are fed up with waiting for the market for mobile ads to develop, suggesting more might be ready to follow CNN’s lead.

USA Today’s publisher, David Hunke, has expressed concern that news companies are making the same mistake as in the 1990s, when newspapers started setting up Web sites and giving out news for free. Advertising on the Web hasn’t replaced what newspapers get from the printed product, as many thought it would. And now readers are used to finding free news online. News executives don’t want to see the same thing happen on cell phones.

“There’s a joke in the industry: Every year is the year of mobile advertising,” Martin Nisenholtz, The New York Times’ senior vice president for digital operations, said at an industry conference this summer. “For publishers to offer their content for free on the mobile platform forever, without getting paid very much money — I don’t think it’s going to be tenable.”