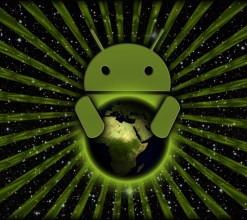 According to IDC’s forecast, the number of smartphones used by consumers will balloon by 49.2 percent this year as mobile phone users ditch their “dumb” cell phones for more advanced ones in the coming months. This equates to roughly 450 million smartphones — about 147 million more than were purchased in 2010. Despite these high numbers, the smartphone growth rate is expected to be slightly slowed compared to last year.

“Overall market growth in 2010 was exceptional,” says Kevin Restivo, an IDC researcher. “Last year’s high market growth was due in part to pent-up demand from a challenging 2009, when many buyers held off on mobile phone purchases. The expected market growth for 2011, while still notable, will taper off somewhat from what we saw in 2010.”

Devices running the Android OS, which come from a wide variety of manufacturers, are expected to dominate the market in 2011 with 39.5 percent market share. IDC predicts that number will only increase as time goes on, with Android enjoying 45.4 percent of the market by 2015.

Apple’s share of the market, with its iOS devices, is expected to sit at 15.7 percent, and will decline slight, to 15.3 percent, by 2015, IDC projects. The number of users sporting BlackBerry handsets is also expected to fall from 14.9 percent this year to 13.7 by 2015.

Due to Nokia’s shift from its Symbian OS to Windows Phone 7 and Windows Mobile, those operating systems will become far more widely used, expanding from this year’s projected 5.5 percent market share to 20.9 percent share by 2015. That would make Windows Phone OS the number 2 mobile OS in the world, after Android.

Video-editing app LumaFusion to get a Galaxy Tab S8 launch
Apple Music Replay 2022: where to find and how to see your listening stats
Samsung’s Galaxy Buds earbuds line is discounted for Cyber Monday
Best Black Friday tablet deals: Apple iPad, Samsung Galaxy Tab
The best Black Friday phone deals for 2022
Best over-the-counter hearing aids for 2022
Save $70 on the Fitbit Versa 4 when you buy it today
My favorite phone of 2022 didn’t come out this year — it’s from 2021
Twitter’s downfall made me look for alternatives, but they just made it worse
Apple Music Sing brings karaoke singalongs to iPhones, Apple TV
How to buy over-the-counter hearing aids
Why the lawsuit against Apple’s AirTags may be bigger than you realize
Don’t miss this Apple Watch Ultra deal