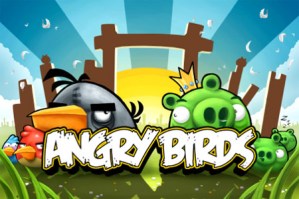 According to the Angry Birds Facebook page, the game will be launching on Facebook in a month’s time.

Angry Birds — which has been out for less than a year — has already surpassed more than 75 million downloads on mobile platforms, which inlcude devices running iOS, Android, Symbian and WebOS. And the game is said to be on course to pass 100 million downloads sometime soon. But an expansion to Facebook could bring the game’s dominance to an all-time high.

So how will a Facebook-based version of Angry Birds be changed from the mobile version? According to the game’s publisher, Rovio, the Facebook iteration of Angry Birds will give the pigs their moment to shine.

There will be completely new aspects to [the Facebook version] that just haven’t been experienced in any other platform,” Rovio CEO Mikael Hed told Develop Online. He added that, because of the “collaborative nature” of Facebook “the pigs will have a more prominent role.”

If you want to keep up to date on all the latest Angry Birds-Facebook news, all you have to do is “Like” the Angry Birds page, and they promise to help further your AB addiction.

The expansion to Facebook represents only the latest of Rovio’s growth plans for the game. This month Rovio will release Angry Birds Rio, which is tied in directly to the Disney animated film. And on top of that, Rovio “Mighty Eagle” Peter Vesterbaka announced at this year’s recent Game Developer’s Conference in San Francisco that they have begun planning a movie based entirely on Angry Birds.
With a game this addictive, there’s no question on our minds that a Facebook version of Angry Birds would launch the game — already one of the best-selling games of all-time — to galactic levels.