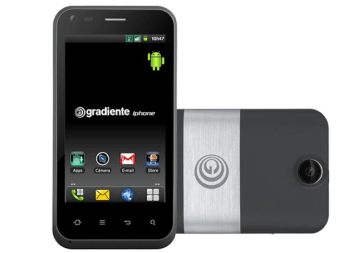 Apple could be about to lose any rights to use the iPhone trademark in Brazil, a country with huge market potential for the Cupertino company.

A Reuters source says that next week the Brazilian Institute of Intellectual Property will grant exclusive Brazil-wide use of the iPhone trademark to a local electronics firm that filed for the rights to the name in 2000, seven years before the launch of Apple’s popular smartphone. The firm was awarded the rights to the name in 2008, though the upcoming decision appears to center on confirmation of the exclusivity of those rights following a request from Apple for sole use of the name.

The firm, IGB Electronica (formerly Gradiente Electronica), says it has the right to use the iPhone name until 2018.

Interest in the case has been heightened by the fact that IGB Electronica in December launched a new line of Android-powered iphone devices, among them the Neo One, which comes with a dismal-sounding 480 x 320-resolution 3.7-inch display, a 5-megapixel rear-facing camera, Wi-Fi and 2GB of storage. Running Android 2.3.4, the iphone Neo One costs Brazilian consumers 599 Brazilian real, equivalent to about $300.

One way or another, Apple will be determined to secure the rights to the iPhone name in Brazil – whether it means challenging IGB Electronica in the courts or dipping into its huge cash reserves for an out-of-court settlement.

If recent comments by IGB Electronica chairman Eugenio Emilio Staub are anything to go by, it may well be the latter. “We’re open to a dialog for anything, anytime,” he told Bloomberg, adding that up to now the US tech giant had not been in touch.

If the Brazilian firm plays its cards right, it could well end up with a big fat Tim-Cook-signed check. Chinese company Proview last year sold the rights to the iPad name to Apple for a hefty $60 million – though little more than loose change for the tech giant, admittedly.

Like China, Brazil is also a market with massive growth potential for Apple, so it’ll be interesting to see – if it comes to it – how much the Cupertino company is prepared to hand over to IGB Electronica in a deal giving it exclusive rights to the iPhone trademark.

Paget Brewster on Hypochondriac and returning to Criminal Minds