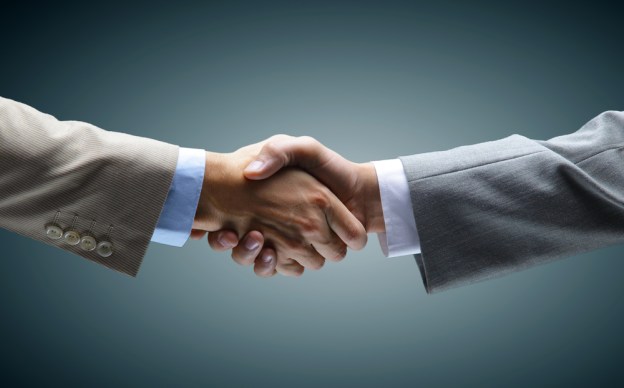 In the same week that Apple celebrates the fifth anniversary of its App Store, the company has settled a long-running dispute with Amazon regarding alleged trademark infringement and false advertising over the use of the term ‘app store’. The case was set to go to trial next month.

A US district judge in California dismissed the case at both companies’ request on Tuesday, Reuters reported. Apple said it had decided not to file suit over Amazon’s use of the term, causing Amazon to drop a countersuit.

The dispute kicked off back in 2011 when the e-commerce giant launched its ‘Amazon Appstore for Android’. Apple cried foul, claiming it had the sole rights to use the term for its own App Store, which launched five years ago this week.

The Cupertino company fought to prevent Amazon from using the term, and also requested compensation for unspecified damages.

During a bit of back-and-forth in the first half of 2011, Amazon strongly rejected the idea that the name of its app store infringed on the trademark of Apple’s store. The Seattle-based company claimed “app store” to be a generic term and therefore it didn’t need to seek permission from Apple to use it as the phrase was “unprotectable”.

The dispute even reached a stage where Amazon cited the work of a leading group of US linguists in an attempt to win the dispute.

Commenting on the case on Tuesday, Apple spokesperson Kristin Huguet said, “We no longer see a need to pursue our case. With more than 900,000 apps and 50 billion downloads, customers know where they can purchase their favorite apps.”

Amazon lawyer Martin Glick also commented, saying, “This was a decision by Apple to unilaterally abandon the case, and leave Amazon free to use ‘appstore’”.

Apple boss Tim Cook said last year that he’d “highly prefer to settle than to battle” when it came to lawsuits concerning his company. He added, “I’ve always hated litigation and I continue to hate it.” After reviewing this case, it’s possible he felt it was too petty to pursue, and with no end in sight, decided it was wiser to back down.

His predecessor, Steve Jobs, was known for his more combative approach, famously saying he was prepared to “go thermonuclear” when it came to some legal disputes with rival companies.

Apple Watch SE, Samsung Galaxy Watch 4 are both on sale at Amazon