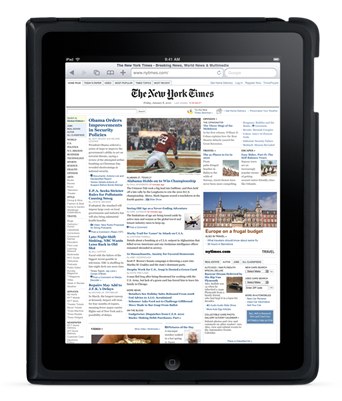 As Virgin’s iPad-only magazine launches and the media waits for the possibly delayed News Corp publication, there’s still a considerable amount of tension between the App Store and publishers when it comes to subscriptions.

The news about the possible arrival of subscriptions through iTunes has been building since the announcement of the The Daily. But multiple sources are reporting that any possible agreements between Apple and publishers have come to a standstill. Publishers have been, and continue to be wary of Apple’s ability and desire to provide them with consumer information. Rumor has it that Apple would allow users to opt-in, choosing to allow applications to access their data, and this isn’t enough for publishers who have been considering subscriptions.

Opt-in would only provide a small amount of consumer info, like e-mail and physical address, and publishers also don’t care for Apple’s 30-percent cut of all purchases. Apparently, Apple has had this deal laid out for quite some time without any takers. Peter Kafka of AllThingsDigital reports that these companies’ “real hang-up is the lack of access to credit card data: It’s valuable to them for marketing, and without it they can’t offer print/digital bundles, either.”

Kafka also says that Apple’s inability to cooperate is causing the same publishers to start considering Android-based tablets. What’s also concerning is The Daily’s possibly pushed back date – is it just a production issue, or is Apple’s digital newsstand starting to crumble before it even existed? There is still an announcement slated for December 9, however, reportedly to announce News Corps‘ new involvement with Apple. Clearly, the company is looking for a way to offer automatically updated content to iPad users, and rumors have labeled Apple “in talks” for months now, but you might not want to hold your breath for a subscription announcement next week.