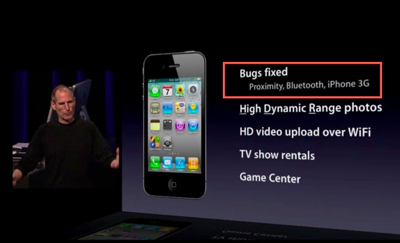 Attention all forlorn and bitter iPhone 3G users: Apple might actually have a fix for that ill-fated iOS 4 upgrade your phone was subjected to. IPhone 3G users have been complaining that the purportedly improved software is incompatible with the older models’ hardware. Actually, they are more than complaining; one iPhone 3G owner is suing Apple and accusing the company of purposefully creating software that would leave users no choice but to upgrade to the iPhone 4.

Many iPhone 3G users are echoing her accusations, so they could all be somewhat wary about trusting this supposed iOS 4.2 upgrade that could restore their phone’s former functionality. IOS 4 more or less destroyed it, and 4.1 was a mild improvement that didn’t deliver a complete fix. Not to mention that 4.1’s failure to improve issues with the iPhone 4 did little to boost consumer confidence. But now sources are claiming Apple is making amends, and 4.2 delivers.

IOS 4.2 is primarily intended for the iPad, but is compatible with the iPod touch and iPhone as well. TiPb, an Apple blog, tested the Golden Master seed (released last week to developers) of 4.2 on the 3G to vastly improved results.  In a video of the demonstration, TiPb shows that the phone is overall much more responsive – text entry and browsing capabilities are quicker and reminiscent of the phone’s promised performance.

Apple’s site reports the upgrade will be available in November, and there are claims it could be as early as this week.

The question for iPhone 3G users clinging to pre-iOS 4 firmware will be: Do you take the leap of faith and upgrade to 4.2, or are you too critical of Apple and bent on avoiding the dreaded “iBrick”? The imminent release of iOS 4.2 should yield the answer.

Video-editing app LumaFusion to get a Galaxy Tab S8 launch
The best phones for 2022: Which smartphone should you buy?
Reverse wireless charging on the iPhone gets one step closer to reality
Does the iPhone 14 have an always-on display? Know this before buying
How to hide photos on your iPhone with iOS 16
Latest Google Pixel 7 leak reveals the full design in all of its glory
Pixel 7: Everything we know about Google’s 2022 flagship
The best hurricane trackers for Android and iOS in 2022
The first Galaxy S23 Ultra leak is great news for S22 Ultra fans
Amazon’s new Kindle Scribe turns the e-reader into the ultimate notepad
Apple AirPods Pro 2 vs. AirPods Pro: What’s new?
The best tablets for kids in 2022: Fire HD, iPads, and more
How to reset Apple AirPods and AirPods Pro