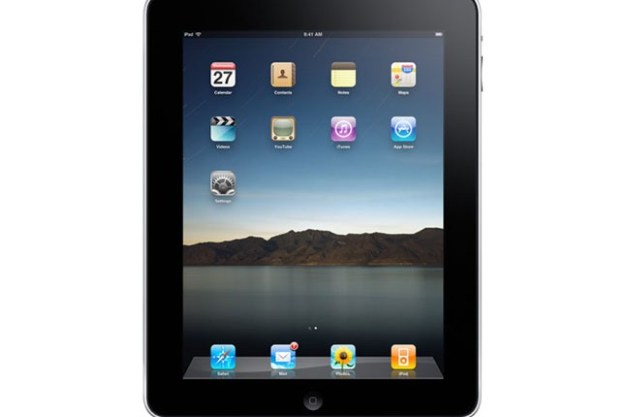 “Apple’s iPad reimagines the personal computer as an intuitive, slick and portable device that sprouts new features and uses with every additional app.”

By now, you’ve likely read a bunch of iPad reviews. There’s no point in reading another review outlining every dimension, spec and feature. That’d be pretending that the iPad is like any other product you’ve seen before, and therefore can be reviewed using the same template.

To start with, ignore the specs. Like the iPod and the iPhone before it, the iPad has specs, but it’s not about the specs. The iPad is about what it does, the experience. And the iPad is an alien device that takes functions, features and a user interface we’re familiar with, repackages them and creates new usage paradigms. As app developers begin to grok these new usage paradigms, even more will emerge.

That’s why the rhetorical iPad review question we keep hearing and reading – “Why do I need it?” – is irrelevant. It’s the wrong question. You don’t need it. You don’t need most gadgets out there. You either want it because you sense it’ll somehow positively improve how you use your leisure time, or you don’t want it. But you don’t need it.

You don’t need it because, first and foremost, the iPad is the best time-killer ever devised. But in an age with increasing leisure time (desired or not), maybe that’s the number one reason you do need the iPad.

Rather than specs and a pedantic description – let’s face it, you know what it looks like and the basic specs – let’s list what the iPad does. In many ways, the iPad is a high-tech version of the do-it-all devices you see hawked on late night TV. It “comes” with tens of thousands of apps, with a lot more to come. As such, it combines a lengthy laundry list of capabilities into one handy portable gadget. The iPad is also fast, extremely fast, especially when compared to netbooks, smartphones or e-Readers; it feels like something out of the future.

…As an e-Book Reader

It’s the best e-book reader. In fact, it’s multiple e-book readers. Not only can you download Apple’s iBook e-reader app, but Kindle has an upgraded iPad app and the iPhone Barnes & Noble app, as well as the half dozen or so other iPhone e-reader apps such as Stanza, Course Smart’s eTextbooks, Google Books and Wattpad. Unlike other e-reader apps, iBook let’s you see two facing pages when turned to widescreen mode. Yes, the iPad works for “just” 10 hours compared to the Kindle’s days-long battery life, but you’re likely already used to plugging in your cell phone every day.

…As a Gaming Platform

It’s a great portable gaming device, thanks to iPad’s large 9.7-inch screen (there, you got us to list a spec) and a snappy accelerometer, eliminating the need for separate navigational controls or joysticks. Thanks to the iPhone, there are more games available for iPad than for all other portable gaming platforms combined.

…As a Browsing Device

It’s the best portable Web surfing device. The initial Wi-Fi version sort of limits where you can use it, though. You can wait for the 3G version and its $15-per-month AT&T 3G service, or get a MiFi from Sprint or Verizon (which also can be used with your laptop). Slip the MiFi in a pocket or backpack and you become a walking hotspot. We’ve been using Sprint’s, and it works perfectly.

…As a Media Player

It’s a good portable media player. At 1.5 pounds, the iPad’s a bit heavier than we expected, but it’s much lighter than a laptop or a netbook. The iPad uses in-plane switching in its LCD screen, which means it has a wide viewing angle. Two of us were able to watch movies sitting side-by-side on a train, and both of us could see fine. But the screen is highly-reflective. In daylight or other bright environments, it’s almost a mirror, and in dark scenes especially, every finger smudge and dust spec becomes visible and annoying. Sure, you can’t stream Pandora while reading a book (yet, but the future OS upgrade will let you), but you can play music through the iPod function and read – that’s good enough for now right?

…As a Navigation Device

It’s the best portable navigation device. Maps are huge, far easier to read than a dedicated navigation device, with real-time traffic conditions. Adding 3G will make it even better. Did we mention how big the maps are?

…As a Photo Album

It’s the best digital picture frame. With the optional charger stand, you merely have to hit the flower icon on the screen lock scene to start an animated slide show. With iTunes, it’s ridiculously easy to sync your pictures (if you’ve never used a regular digital picture frame, getting photos into them is usually an enormous pain). And like the iPod and iPhone, the iPad optimizes (compresses) your photos so you don’t waste memory storing high-resolution photos, which means you’ll be able to fit more pictures on it, whether you use it as a digital picture frame or simply to show off photos.

Apple’s e-mail app is exceptional. In widescreen mode, it gives you a typical desktop layout, while portrait mode gives you just the e-mail itself, and so, surprisingly, is the wide touch QWERTY keypad. You also can download Apple’s Pages word processor, Numbers spreadsheet program or Keynote presentation software ($9.99 each) if you must work on it.

Using the iPad as a work device defeats its purpose, however. What it does best is entertain. There’s never nothing on. You’ll become afflicted with ADD, switching between YouTube videos, your own videos, the Web, games, and photos.

Any Way is the Right Way

The iPad’s accelerometer works in whatever position you hold it – the iPad has no “up” or “down.” For instance, say you’re sitting across from someone and you want to show them a photo or Web page. Just swivel the iPad 90 degrees, and whatever is on the screen completely flips 180 degrees so it’s right-side-up to your companion. And one of only two perimeter buttons is an orientation lock, in case you want to disable the accelerometer altogether.

What doesn’t iPad do, or do well? It doesn’t make phone calls. But seriously – don’t you already have a cell phone? If you must, you can use Skype, or the iPad version of TruPhone, and use VoIP via WiFi. Unless you use a stereo Bluetooth headset, you don’t need the iPad for music listening – you already have an iPod or a music-enabled cell phone. And where would you carry it, anyway? It’s not like it’ll clip to your belt or clothing, or slip into your pocket, so stringing a headphone cable to the jack is awkward.

It doesn’t take photos – but, again, it’s too bulky to be a camera. If and when 4G video chatting becomes available, a newer version is likely to incorporate a front-facing camera for big screen video chatting.

True, the iPad lacks multi-tasking, a USB jack, a microSD card slot and a replaceable battery, we didn’t miss them. Multi-tasking will be supposedly be solved with iPhone OS 4.0 (the iPad runs on the iPhone OS), but this is a complaint that escapes us. Yes, some apps, such as Pandora, would be better if they could run in the background while you Web surf, for instance, but this is far from a deal-breaker. We are pretty sure Apple will add most of these features as part of their upgrade path. It’s a shame it doesn’t have them now, it would have made the iPad perfect.

With up to 64GB available in the top model, you don’t need more memory. Using iTunes to sync all your content obviates the need for a side-loading USB jack. And in the brief time we played with the iPad, we’re getting a lot more than 10 hours of battery life. We spent a whole weekend playing with it on-and-off, and didn’t get below 40 percent remaining either day.

Considering the dearth of iPad apps thus far – there’re “only” a couple of thousand available thus far – and with multi-tasking supposedly coming in a few months, iPad’s functionality and usage cases are only going to grow. You can do work on it – you just won’t want to. As time goes by, you’ll find many more usages and situations in which iPad will become an indispensible part of your everyday life, not only the blank ones.