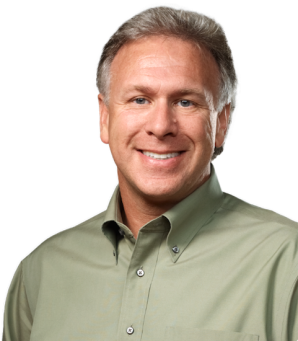 It may have been more rocket-propelled grenade than thermonuclear, but in an interview with the Wall Street Journal on Wednesday, Apple marketing chief Phil Schiller lambasted the Android mobile operating system saying that it’s “often given as a free replacement for a feature phone and the experience isn’t as good as an iPhone.” All together now: Well, he would say that, wouldn’t he. He’s Apple’s marketing guy.

His words came just a day before Samsung is set to pull the covers off its highly-anticipated Galaxy S4 Android handset on Thursday.

Schiller dragged up some age-old arguments in the iOS/Android debate, saying that owners of Android handsets are often using old versions of the operating system and that fragmentation in the world of Google’s mobile OS was “plain and simple.”

Apple’s senior vice president of worldwide marketing told the WSJ that while Apple is responsible for all of its mobile hardware, as well as its iOS operating system, various elements of the Android system are pulled in from many different companies, in his opinion making for a less satisfying user experience.

“When you take an Android device out of the box, you have to sign up to nine accounts with different vendors to get the experience iOS comes with,” Schiller said. “They don’t work seamlessly together.”

Schiller also let it be known during the interview that research carried out by the Cupertino company showed “four times as many iPhone users switched from an Android phone than to an Android phone in the fourth quarter,” the WSJ reported.

He also pointed out that research firm ChangeWave had found in a recent survey that around 75 percent of iPhone users said they were “very satisfied” with their handset compared to around 50 percent of Android users.

What he didn’t mention was that Android accounted for about 70 percent of handset shipments worldwide in 2012, compared to around 19 percent for the iPhone, according to IDC. The research firm has also said that it believes next year Android will for the first time overtake the iPad in terms of sales.

Of course, the fact that Schiller’s words come just 24 hours before Samsung unveils the biggest threat to the iPhone – the Galaxy S4 – is no coincidence. The Apple executive is out to stir things up a bit, grab some headlines ahead of Samsung’s big day and try to keep Apple in the spotlight.

Topics
Video-editing app LumaFusion to get a Galaxy Tab S8 launch
OnePlus 11 price: how much does the phone cost?
Does the OnePlus 11 have an alert slider? Read this before buying
OnePlus wants to tempt you back to Android tablets with the OnePlus Pad
Best Google Pixel Deals: Pixel 7, Pixel Watch, and Pixel Buds
Best Samsung Galaxy S23 and Galaxy S23 Ultra accessories
The best phones in 2023: which smartphone should you buy?
You shouldn’t buy the Galaxy S23 Ultra — and that’s the best thing about it
Netflix for books: Get 2 months of Kindle Unlimited for free
The best Android phones in 2023: top 10 best ones you can buy
We have the Vivo X90 Pro, one of 2023’s most interesting Android phones
Forget the Steam Deck — this modded Android phone is a gamer’s dream
This Galaxy S23 Ultra case gives Samsung users a huge iPhone 14 feature