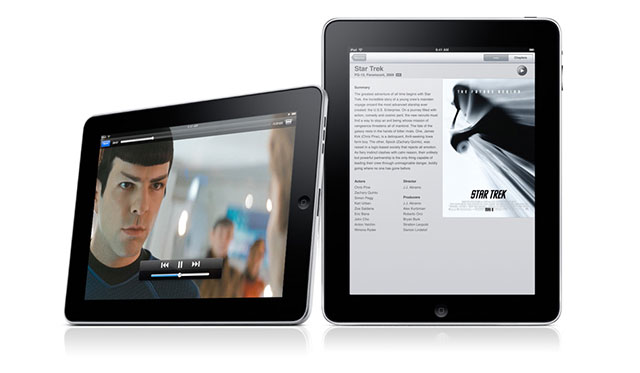 Apple Inc. is talking with television networks again, but this time the company is asking for a lower price tag on TV shows for its new iPad tablet. The Wall Street Journal reported today that the Apple has already been testing the popularity of TV episodes on iTunes with a 99 cent price tag. So far Wonder Showzen, Celebrity Paranormal Project and Children’s Hospital are featured for 99 at the iTunes store, and apparently there are much more to come. The WSJ also notes that some television shows will be free.

These new pricing developments are all part of Apple’s elaborate plan to broaden its iTunes service. The WSJ says that the pricing talks are not over yet for the Cupertino based company, but very few details of who it is in talks with have been revealed. It appears that even after the iPad launch, Apple is still trying to get its media content in order—and it better hurry. Apple CEO Steve Jobs has been promoting this device all around town as a media and entertainment device, but has had little luck luring potential television networks to the iPad. Lowering the price in iTunes will definitely appeal to the masses of future iPad buyers, but perhaps not as much with the actual networks.

Video-editing app LumaFusion to get a Galaxy Tab S8 launch
I regret buying my iPhone 14 Pro for 3 big reasons
Relax, the EU’s scary USB-C rule won’t rob you of fast-charging benefits
It’s official: Apple is required to make a USB-C iPhone by 2024
Waiting for Touch ID on a new iPhone? This report has some bad news
OnePlus wants your help to plant thousands of new trees
How to remove watch links from the strap on your new watch
Best cell phone plan deals for October 2022
When is the best time to post on Instagram?
Best Google Pixel Deals: $250 off the Pixel 6 Pro
The best Samsung Galaxy S20 deals for October 2022
Best Samsung Galaxy Note 20 deals for October 2022
How to manage all of your Apple Watch notifications