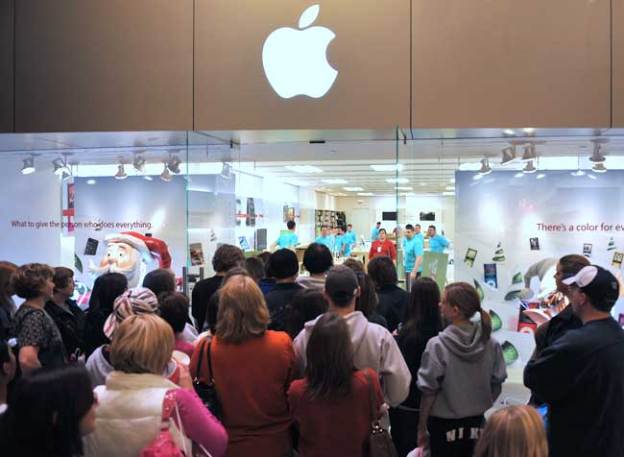 Apple is reportedly prepping the launch of an in-store iPhone trade-in service in an apparent bid to boost sales of the iPhone 5 and profit from the re-sale of trade-ins in emerging markets.

“People with knowledge of the plans” told Bloomberg Thursday that Apple is partnering with Brightstar, a Florida firm that already has extensive experience of operating such a service for other companies, including AT&T and T-Mobile.

By offering a simple and quick walk-in service inside Apple stores, the Cupertino company hopes customers will be more likely to part with their old iPhone 4 and 4S devices in exchange for the latest iPhone 5 model.

Bloomberg reports that AT&T currently offers up to $200 for a decent iPhone 4 and 4S, a deal which can score consumers an entry-level iPhone 5 for nothing. Israel Ganot, boss of online mobile trade-in company Gazelle, says the trade-in business is a growing one as shoppers look increasingly at ways to save money. Eleven percent of consumers buying a new smartphone used a trade-in service in 2011, Ganot says, while this year the figure looks set to reach 20 percent.

Some observers believe the launch of Apple’s expected trade-in service is the result of the company’s slowing growth and sliding shares, with the tech giant hoping sales of the iPhone 5 will be given a boost if consumers are offered an easy way to upgrade without having to dig too deep into their pockets. Apple will also want to have any trade-in service up and running by September, when it’s expected to launch the iPhone 5S, so that – you guessed it – consumers can trade in their iPhone 5 for the latest model.

Also, many of the old phones will be sent to emerging markets, offering consumers who can’t afford the top-of-the-range iPhone 5 a chance to buy a cheaper Apple handset. This’ll not only help generate extra revenue for the Cupertino company, but also provide an opportunity to hook more consumers into its ecosystem. Apple is also believed to be close to launching a brand new budget handset designed especially for emerging markets.

The iPhone maker already operates a recycling program on its website, allowing consumers to exchange their old Apple products for a gift card. The program has never been widely publicized, whereas the forthcoming trade-in service will be operated in-store and so is likely to attract much more attention.