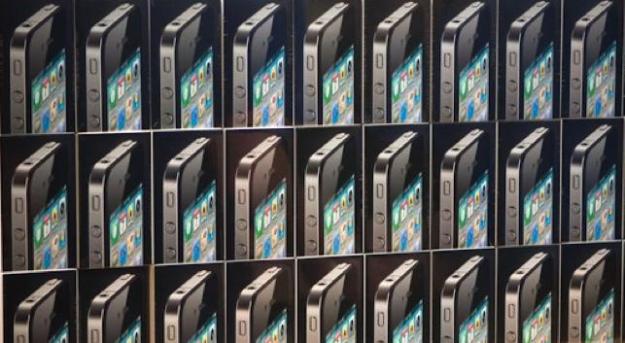 Apple looks to be shifting away from manufacturing giant Foxconn – also known as Hon Hai – as it seeks out a new player in the supply chain to take charge of its expected low-cost iPhone. The Taiwan-based company has until now enjoyed a virtual monopoly on the production of Apple’s mobile products.

The Wall Street Journal reported Wednesday that the Cupertino company is looking to another Taiwan-based outfit – Pegatron – to give it more balance in the supply chain and to diversify risk following issues with the iPhone 5 where some handsets were leaving the factory with scratches and other damage. Delays in its production also occurred.

Speaking last November, several months after the iPhone 5’s launch, Foxconn boss Terry Gou admitted that “it’s not easy to make the iPhones. We are falling short of meeting the huge demand.”

Former Apple boss Steve Jobs was said to have enjoyed something of a special relationship with Gou, and was reportedly more forgiving of troublesome incidents involving Foxconn – “changing component sourcing without notifying Apple” is highlighted as one such example by the WSJ – but with Tim Cook in charge, things look to be moving in a different direction, although Foxconn will of course continue to produce goods for the tech company.

“People familiar with the matter” also told the WSJ that the move towards Pegatron comes as Apple seeks to diversify its product range in the face of tough competition from the likes of Samsung, perhaps further evidence that the tech giant is prepping the launch of a low-cost iPhone, primarily for emerging markets.

Wednesday’s news backs up a report earlier this month that Pegatron is preparing to increase its workforce by some 40 percent – it currently numbers around 100,000, a fraction of Foxconn’s – with company president and CEO Jason Cheng saying his firm expects that communication products (ie. phones) will account for 40 percent of its profits for the second half of 2013.

Foxconn has for years been Apple’s main manufacturer, assembling millions upon millions of iPhones, iPads and other iProducts for sale around the world. It has faced much criticism over the years with reports of apparent worker suicides caused by challenging working conditions. Pegatron can expect to come under similar scrutiny as it prepares to greatly expand its workforce and take on bigger contracts with one of the world’s most famous tech companies.

Video-editing app LumaFusion to get a Galaxy Tab S8 launch
Why the lawsuit against Apple’s AirTags may be bigger than you realize
Apple Music Sing brings karaoke singalongs to iPhones, Apple TV
My favorite phone of 2022 didn’t come out this year — it’s from 2021
It’s 2022, and customizing my iPhone is still horrible
The best Android games available right now (December 2022)
The most innovative tech products of 2022
How to unlock a phone on every carrier in 2022
This ridiculous smartwatch has a hidden pair of earbuds inside
This retro battery pack is way cooler than it has any right to be
Apple Health vs. Samsung Health? What I learned after using both
Samsung Galaxy S23: release date, specs, price, and all other rumors
4 tech collabs we want to see on the OnePlus Featuring co-creation platform