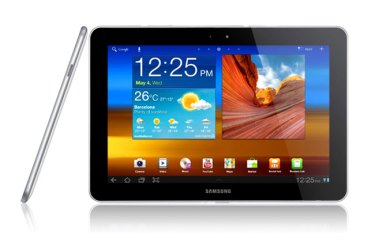 Samsung was told by Australia’s Federal Court on Thursday that it will not be allowed to sell its Galaxy 10.1 tablet in the Australian market – at least for the time being.

The decision comes following an accusation by Apple that Samsung’s tablet infringed several of its patents and “slavishly” copied various aspects of the iPad’s design.

The two technology giants have been filing various patent lawsuits against one another in nine countries across four continents since April.

The Sydney Morning Herald reported Justice Annabelle Bennett as saying that “Apple had a prima facie case that Samsung had infringed two of its patents relating to touch-screens and the gestures that control them.”

Samsung had agreed to withdraw its Galaxy Tab 10.1 device from the Australian market at the start of August until the patent dispute was resolved. Following Bennett’s ruling on Thursday, it will remain off the shelves of Australian stores.

The decision by Australia’s Federal Court is a temporary injunction, with no date yet fixed for the subsequent full hearing, although it is unlikely to happen this year. This means Samsung’s tablet will miss out on the lucrative Christmas market.

In a statement on the ruling, the Korean company said: “Samsung will continue its legal proceeding against Apple’s claim in order to ensure our innovative products remain available to consumers.”

If Samsung fail to get the injunction overturned at some point in the future, the only way it’ll be able to get its Galaxy 10.1 tablet on the Australian market will be to modify its design.

Thursday’s decision follows a ruling by a German court last month that said Samsung’s Galaxy 10.1 tablet “too closely” resembled Apple’s iPad. As a result, the court granted a permanent injunction on the sale of Samsung’s tablet in Germany.

Anyone who’d like to get the back story to Apple and Samsung’s patent-related legal entanglements should take a look at Geoff Duncan’s excellent overview of this fascinating and seemingly never-ending battle.

Topics
Video-editing app LumaFusion to get a Galaxy Tab S8 launch
My iPhone 14 Pro camera is ruined, and it’s all Apple’s fault
Trading in your iPhone with Apple? You’ll get less than yesterday
This Apple leaker just revealed tons of changes for iOS 17 and iPhone 15
How to get Apple’s Black History Month 2023 wallpapers for your iPhone and Apple Watch
Yes, we really are completely spoiling the OnePlus 11 and Buds Pro 2 launch
The best rugged smartphones for 2023
The best iPhone games in 2023: 31 games you need to play right now
Beats Studio 3 headphones are $120 off today at Amazon
How to cheat in Words With Friends
The best QR code scanning apps for iPhone and Android in 2023
3 reasons you should buy the Google Pixel Watch today
The Galaxy Z Fold 4 isn’t just a good phone — it’s also my favorite computer