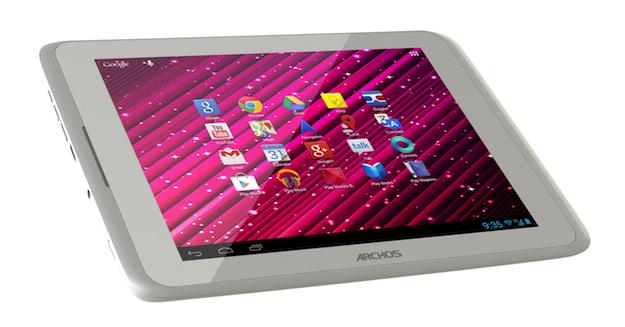 Archos has had a busy 2013 so far, announcing a range of new tablets, as well as its first collection of Android smartphones. It’s not done yet either, as it has now added another low-cost Android slate, the 80 Xenon to its line-up. The 80 Xenon is a mid-range tablet, and isn’t quite as high-spec as the 80 Titanium or 80 Platinum, but it’s still an interesting little device.

The IPS touchscreen measures 8-inches, and it has a 1024 x 768 pixel resolution, putting it on par with many recent small tablet releases, including the Apple iPad Mini. Inside is a Qualcomm Snapdragon processor, but surprisingly, it’s a quad-core, 1.2GHz S4 – not bad for a budget model. On the memory side, there is 1GB of RAM and a fairly feeble 4GB of storage, so it’s a good thing there is a microSD card slot to add a further 64GB.

As is the fashion, the 80 Xenon has a SIM card slot too, enabling it to connect to a network of your choice, as it comes straight from Archos unlocked. According to the tech specs on Archos’ website, the tablet has a speaker and a microphone built-in, so there’s a chance you may be able to use it as a massive phone. This isn’t confirmed on the site though, as although it talks about data-on-the-go and receiving SMS, it stops short of saying it’ll accept or make calls. Additionally, the 80 Xenon has Wi-Fi, a 2-megapixel rear camera, GPS, and it runs a completely untouched version of Android 4.1 Jelly Bean.

The 80 Xenon isn’t the thinnest or lightest tablet out there though, as it weighs 440 grams and measures 11.3mm thick. The Galaxy Note 8.0, for example, is 100 grams lighter at 338 grams, and is only 8mm thick. However, there is a considerable difference in price, as the Archos 80 Xenon is all set to cost $200 when it goes on sale in America, or £160 in the UK. It has yet to show up in Archos’ online store, and so far there is no information on which retailers will be carrying the device, but Archos says it’ll be here in June.