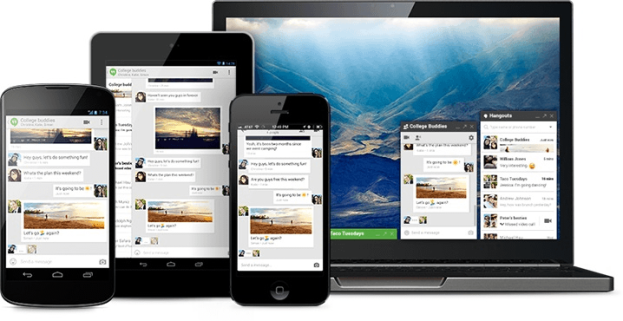 AT&T’s confusing way of dealing with video chat apps is about to be simplified, as the network has issued a statement saying things will be changing over the coming months. This is in response to the problems experienced by AT&T subscribers with Android phones wanting to try out Google’s new Hangouts app update using cellular data, but being blocked from doing so.

Initially, AT&T said anyone can use a video chat app using cellular data provided it was downloaded through an application store, but the rules are different for those which come pre-installed by the manufacturer. The Hangouts app is in the unfortunate situation of falling into both categories, therefore Android users were seeing a message telling them to connect to a Wi-Fi network before using it.

Apparently, it’s up to the manufacturers to ask AT&T to allow the standard apps access to the data network, something which Google hadn’t done with Hangouts, hence the confusion. There’s nothing like a meaty chunk of bureaucracy to spoil the launch day fun. Now, a couple of days later, AT&T has seen the confusion and annoyance its policies have caused, and issued another statement, published by The Verge, about what it’s planning to do to change things.

By mid-June, AT&T will enable cellular connectivity for all pre-installed video chat apps on devices made by Samsung, Apple, and BlackBerry, for all its subscribers with a Mobile Share, Tiered or Unlimited LTE plan. Previously, Unlimited users had been left out of the deal. Then, later in the year, other manufacturers will be added to the list, and the deal extended to customers on other plans. Closing the statement is a reminder that any video chat app, such as Skype, downloaded from an app store operates as normal.

AT&T has been in hot water over its video chat policies before, having been forced to alter its rules once this year already, following the launch of Apple’s FaceTime service at the end of last year. Thankfully, with this new statement, it looks like it won’t need to do it for a third time.

Video-editing app LumaFusion to get a Galaxy Tab S8 launch
Why I don’t want to stop using the brilliant (but risky) Pixel 7 Pro
Apple’s making a big change to the iPhone 14 Pro’s controversial always-on display
How to use Mastodon: create your account, join servers, and more
Apple Music vs. Spotify: Which music streaming service is the best?
Latest iPad just got its first proper discount for Black Friday
I love the Oura Ring, but I’m increasingly worried about its future
Why GPS is critical to your smartphone — and desperately needs an overhaul
Kindle Black Friday deals just landed – save on Paperwhite and Oasis
Garmin watch Black Friday deals: Forerunner 45 and Vivoactive 4
How to block someone on WhatsApp messenger
Best stylus for tablets and computers: Top pens for note-takers and artists
Should you buy an iPad on Black Friday or wait for Cyber Monday?