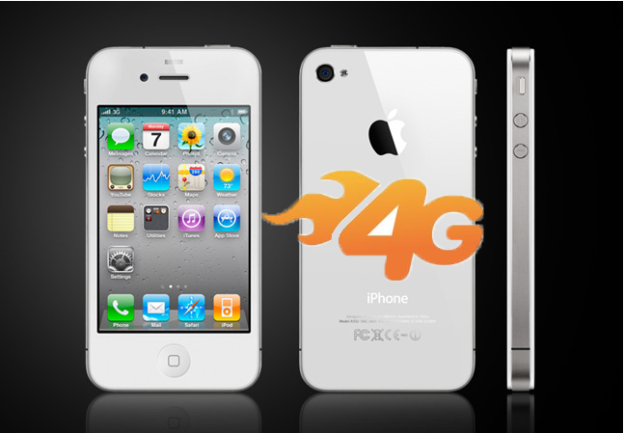 With the immense success of the iPhone 4S presales, it’s no surprise that AT&T is attempting to corner itself as much of that wealth as possible. The original iPhone carrier is working with Apple to secure a 4G label for the latest version of the iPhone 4S, which is technically an HSPA+ device.

AT&T has confirmed it wants to include a “4G” symbol on the signal bar near the top of the iPhone 4S. This would of course set the network apart from its iPhone competitors Verizon and Sprint, given that neither carrier will be offering a “4G” capable handset.

Whether or not AT&T is given the go-ahead from Apple, it will be able to market its iPhone 4S as the fastest of the bunch—in a way. AT&T’s GSM network infrastructure, which differs from Verizon and Sprint’s, will be able to support the iPhone 4S’ HSDPA capability. This, in theory, will enable high-speed downloading (reportedly speeds of up to 14.4 Mbps).

Of course, advertised speeds are generally never what they are said to be. Really, what we are seeing is that were the iPhone 4S to reach its maximum potential download speed, AT&T would be the only carrier that could support it. But even AT&T explains that saying is one thing and doing is another. “HSDPA[‘s]…peak theoretical rate is 14.4 megabits per second. AT&T has engineered its network so that most users’ experience typical downlink throughput rates of 700 kilobits per second to 1.7 Mbps, with bursts of over 1 Mbps. Typical uplink rates are 500 Kbps to 1.2 Mbps.”

Time and time again, carriers have continued to label their devices 4G even while the International Telecommunications Unions wavers over what is the true definition of the technology. And despite the numbers, AT&T has already advertised its iPhone 4S as the only option that will let you “download twice as fast.” Its advertising campaign has gotten some extra help from researchers at OpenSignalMaps, which plots that the carrier will offer the fastest speeds in 31 states because of its hypothetically-optimal network.

A few things to consider before you sign your life and iPhone usage over to AT&T: None of this means anything for signal or voice calling, so if you’ve had trouble or heard your friends’ complaints about this, consider yourself warned. AT&T’s network definitely has the best architecture to take advantage of the iPhone 4S’ new download capabilities—whether that’s in theory or practice remains to be seen.

And no matter how badly AT&T wants that 4G logo on its phone, we can’t imagine Apple will for once bend to a carrier’s wishes. When Apple creates a 4G iPhone, it will want to harness and control that release from the inside, not fork over the benefits to a lowly network.

This post was edited to better point out that the ITU has redefined 4G to include HSPA+ along with LTE and WiMAX. However, the ITU officially recognizes LTE Release 10 and WiMAX 2 as “actual” 4G speeds. Confused? Check out our 4G guide.