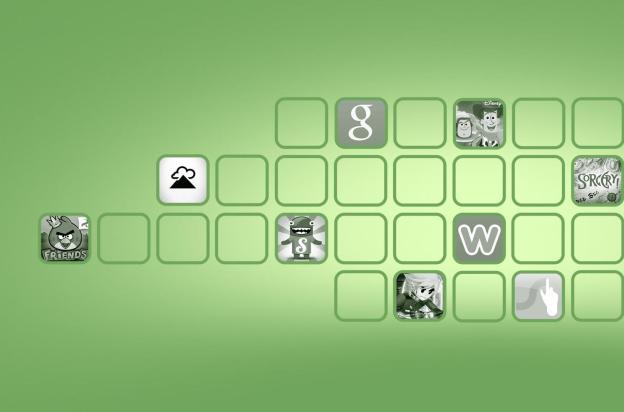 Do you find yourself completely uninspired when browsing through your current apps? Do you reluctantly use the same apps over and over, not because they provide you with what you need but because that’s just your routine now? It sounds like you need some new hotness to mix in with those old, washed up options that you have now. Lucky for you, that’s exactly what we have here. We’ve collected the biggest updates and best new apps of the week in one place so you can download them and add a little spice to your mobile device.

Everest is an app designed to help you achieve your dreams. It’s a lofty goal for a smartphone app, but you can’t knock the ambition. In its most recent update, it has made it easier for you to add your dreams. The Steps tab has gotten a remodel to remove a few unnecessary taps, adding content has become easier with a simpler “Add” menu, and new functionality added within a dream lets you color in more detail about your goals and moments on the way to meeting them. If your life goal is to download Everest, now is a good time to cross that one off the list.

You probably already have a version of Swype Keyboard on your Android phone as it is one of the most used alternative keyboard options available. However, it has never been in the Google Play Store until now. Officially available through Android’s marketplace, Swype Keyboard allows users to simple drag their fingers across the keyboard while it figures out the word they’re after. Built on a crowd-sourced dictionary, so it always has a good grasp of language, Swype makes typing out texts and emails easier and quick.

Sorcery! has been brought back to life, taken from it’s original gamebook form from the 1980’s and given a modern makeover to fit on to iOS devices. Developed by the writer of the original gamebook, Sorcery! is packed with thousands of unique choices that players can make. It all takes place on hand-drawn 3D world maps and the story is told based around how you decide to play through different scenarios. Learn spells, duel with monsters, and change the tale to be your own personalized experience.

Your kids are probably always trying to get your mobile device from you to play some game that you didn’t even know you had installed or to just cause havoc in all the apps you don’t want them messing with. Safer than any password on your device is a sure-fire app that will keep your kid distracted from all the other temptations on your phone. Toy Story: Story Theater lets kids use characters from the Toy Story universe to make their very own movie starring the characters they love.

We all have had that experience where a situation is thrown off by some tunage that doesn’t match up with the moment. Songza eliminates that issue because it is all about setting the right mood with music. With the latest update to Songza 3.0, you can now search for specific artists, get faster performance, shake the device to activate its Concierge service, and more. It’s making it easier to make sure your life has the perfect backing track.

We trust you’ve heard of this Angry Birds game before, yes? Shockingly, the game never had much of a social element to it. That is, until now. Angry Birds Friends has arrived for iOS and Android. It allows you to face your friends to see who can get the highest score. Tournaments take place every week, and a leader board is kept between you and your Facebook friends so you can see who is on top and what score you’re going to have to beat. As if Angry Birds wasn’t addicting enough, now there’s a competitive element.

Google Search for iOS was updated this week with the biggest addition being integration of Google’s voice search tool, Google Now. Making its debut on iOS, Google Now allows users to ask questions of Google verbally and have the search engine fetch answers. It doesn’t sound that different from just typing a search, but with Google Now’s ability to process sentences and retrieve relevant data to your area, it can keep you up to date on traffic, the weather, news, and find that obscure factoid that you’re looking for. (Read our full hands-on review.)

You might think that not everyone needs their very own website. Weebly disagrees with you. Built on the idea of making Web design easy and accessible, Weebly is expanding its Web empire by invading Android. Weebly users can manage their site from their phone now: they can update their blog, manage the content on their site, check visitor statistics, and more. Users will also get push notifications when something of note, like receiving a comment, takes place on their site.

If you’re going to make a bold and unsubstantiated claim, you might as well go all out with it. Better than Portal decided to put such a claim right in its title. Whether it’s true or not is likely in the eyes of the player, but it’s clear where this game got its inspiration from. Better than Portal is an iOS-ified version of the popular puzzle game from Valve. Players use portals to travel throughout levels and access areas that they would otherwise not be able to reach. It’s packed with sixty different levels, plenty of traps and tricks, and it’s probably the closest thing to Portal that mobile has.