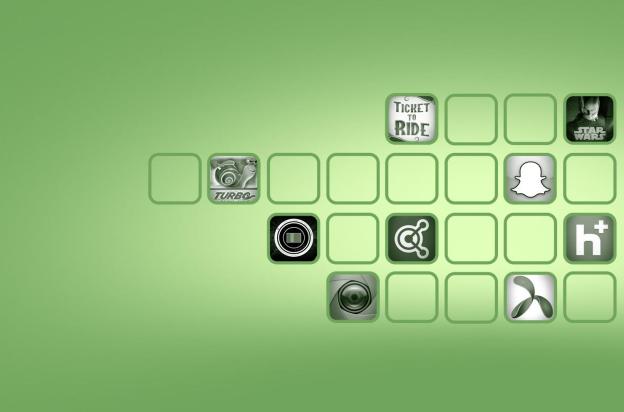 You know how people always talk about new things having unique smells, like that “new car smell?” Well no one really says that about apps, which explains why you probably get weird looks when you finish a download, hold your phone up to your face, and take a big whiff. But just because you can’t smell news apps doesn’t mean you shouldn’t enjoy them. In fact you should take them in however you can, starting with the best new apps and updates that are available to download this week.

We’re to the point where camera apps that make things look slightly older than they are is its own genre. The latest, and possibly the greatest to enter the arena is Analog Camera, which has decided not to work against Instagram but instead try to beat it at its own game. You can snap pictures, apply filters, and make modifications in a Windows Phone-esque tile layout, then upload the images through Instagram or whatever photo sharing service you prefer. Now you have a new option when you go to take a picture of your food.

We’ll be honest, a game about building a railroad probably doesn’t sound like the most exciting premise of all time. But players of the modern classic board game or any of the digital offsprings of Ticket to Ride know that there’s a surprising amount of fun to be had and depth to be found within this title. Making its Android debut, Ticket to Ride challenges players to complete tracks between two cities before other players accomplish the same goal. Play strategically as you place pieces across the virtual game board and take on opponents from across the world.

Snapchat (update for Android and iOS)

We know Snapchat users aren’t all using the app to send dirty pictures. But we also know that most of them are. But nothing can kill the mood that a temporary glimpse at naughty bits quite like an unpleasant app layout. The team at Snapchat have improved their time-limited photo sharing app by improving the design of the app itself, implementing new ways to add friends, and giving access to user profiles within the app among other technical fixes. You can send off your inappropriate pictures faster than ever now.

Next Browser (new app for Android)

Those who aren’t afraid to play around a bit with their Android device are likely familiar with the makers of GO Launcher. The same team that brought the popular launcher app to Android have now officially rolled out their attempt at a browser with Next Browser. The mobile web surfing tool has a handy speed dial option for your favorite sites, tabbed browsing, voice search, browser extensions, and plenty of other features that will keep you from doing anything actually productive on your phone.

There’s no shortage of stories that take place within the Star Wars universe. Now with Disney in charge of the franchise, there’s sure to be plenty more as well. But one of the most well liked tales in the franchise that didn’t happen on the silver screen but instead on the computer screen can now be experienced on your tablet screen. Star Wars: Knights of the Old Republic, the critically acclaimed RPG from BioWare, has been ported in its entirety to the iPad so you can relive it or experience for the first time.

Mobile cameras often are pretty powerful, but just aren’t as flexible or as powerful as an actual DSLR camera. Pro Shot gives Windows Phone users the closest thing they’ll get to having a high-powered digital camera in their pocket at all times. The newest version of the app wipes out some bugs from previous updates while also improving its trial mode, which now allows users to preview their captured shot. It’s a great way to get the most out of the camera that comes in your Windows Phone device.

When you think of Adobe, the first thing you probably think of is “An update for Flash is available.” But the second thing you think of is the popular Creative Suite series that has become the standard setter for many of the creative arts. Furthering their reach into that world is Adobe Kuler, an app that is all about color but opts to spell it wrong. Point your phone’s camera at anything and Kuler pulls all of the dominant colors on your screen and helps you create a color theme from the image.

Snails are not usually a creature known for their substantial speed. So using them as the main characters in a racing game has a bit of irony to it. But there’s no irony to be found in how fun the game is. Turbo Racing League challenges players to set record paces on a wide variety of hand-built custom tracks. Customize your snail, complete tricks along the way, and master the over 50 events that are packed into this title. It you get good enough, maybe you’ll qualify for the $1 million worth of prizes that are currently available.

Hulu Plus (update for Android and iOS)

Netflix might have the exclusive fourth season of Arrested Development to call its own, but Hulu Plus has this app update. Oh, and a ridiculous amount of great content and shows available shortly after they air on TV and great classics you can watch anytime. But the app update is really great. The Hulu Plus experience has been entirely overhauled for iPad users, while Android and iPhone users will also notice some new functionality like access to curated content or the new discovery panel for shows and episodes.