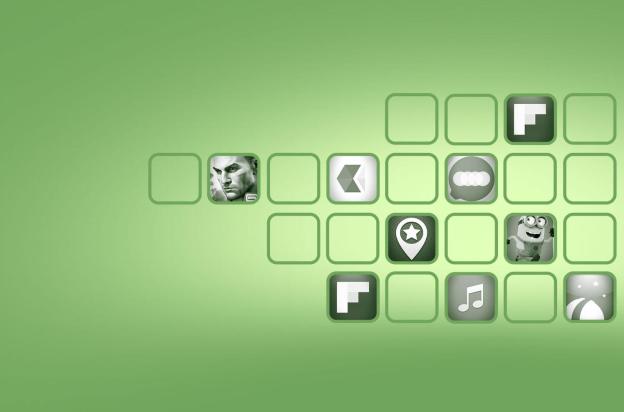 With Apple’s big iOS 7 announcement at WWDC, everyone is talking about app design: the fonts, the textures, the layouts, etc. If you’re invested in this kind of thing, it’s probably interesting. But if you just want some awesome apps without worrying about if the icon design fits thematically with the rest of the device, then you’re in the right place. We’ve gathered the best new apps and major updates to come out this week. They are all sure to improve your mobile experience.

There are plenty of camera options for your iPhone at this point, but VSCO Cam is convinced it is offering something you cannot get anywhere else, and it may well be right. The app uses unique processing technology that produces some good looking pictures in a style you wouldn’t otherwise get on a phone camera. There are also basic editing tools and filters that are designed to “compliment, not define” your photo, and you can export photos at full resolution. It’s an app all about making your photos better.

Remember when you were a kid and you didn’t have any money so you’d make your parents fake gift certificates for their birthday? (Maybe that was just me?) Vouchr is kind of like that, except these gift certificates work. You create a personalized certificate to send off to a friend that you attach a dollar amount to, then they claim it and you pay. In its most recent update, Vouchr gives you the ability to create vouchers for a select group of friends, a great option if your friends are going out and you can’t go but you want to buy them drinks.

If there was a lasting impact from the first Despicable Me film, it was definitely the minions. They have all the makings of lovable characters. So now that there is a sequel coming, it’s time to plaster the minions on everything. Despicable Me: Minion Rush may be part of a marketing push, but it’s still a pretty fun game. It’s a never-ending runner that will take you through the world of the film and have you collect power ups and relive all the things that made you love the characters in the first place.

There was a significant amount of debate this week about notifications in mobile operating systems, and talk of who’s idea came first, but this is an app that offers a notification service entirely unique of any other. Floating Notifications gives you a small pop-up used to let you know when you have a notification to deal with. It works throughout your phone with any app and even if you’re watching a video or playing a game in full screen.

There are few reader apps more popular than Flipboard, and for good reason. It’s a gorgeous looking app with a plethora of functions make it super convenient. When it made the big jump to version 2.0, it made user-made magazines available. Now, in its most recent update, it expands your magazine creation to more people. You can invite contributors to your magazine and allow them to add content of their own. It’s like adding assistant editors to your staff for your made up publication.

Crayon Physics Deluxe answers the question of “What would happen if your drawings came to life?” This game has a goal to it – to solve puzzles – but it’s really all about drawing something on screen and seeing how it interacts with the world in game. It’s a physics-based game, so you can draw a ball on a ramp and watch it roll down. You can do things way cooler than that, of course. It’s all about drawing and seeing what you can make happen with your scribbles.

Slooh allows you to use your iPad to control a robotic space camera. It will show you unique celestial bodies in the sky, let you watch their movements in real time, and explore the depths of space right from wherever you are. It even allows you to take a picture of it. No need to worry about city lights or pollution or anything like that; You have a clear view of the sky at all times with Slooh.

With all the talk of iTunes Radio this week, you’d think there isn’t already some music services out there. Windows Phone 8 users know better as those with Nokia devices have been enjoying Nokia Music. The phone maker thinks they’ll enjoy it even more now with its latest update, which has the app scan your devices to find any music on it and add it to their library. It now also allows you to use the paid subscription service by adding the monthly charge onto their mobile bill.

Grand Theft Auto games let you steal cars and get away with crime in unique re-creations of a few notable U.S. cities, but never has it sent them off to Sin City. If that’s an experience you feel like you need to have, then Gangster Vegas is probably your best option. This open-world game is packed with 80 missions that take place over a huge city. Drive impressive cars, fire off crazy weapons, complete insane on screen stunts, and take over the city. It’s like having a brand new GTA-style adventure in your pocket.