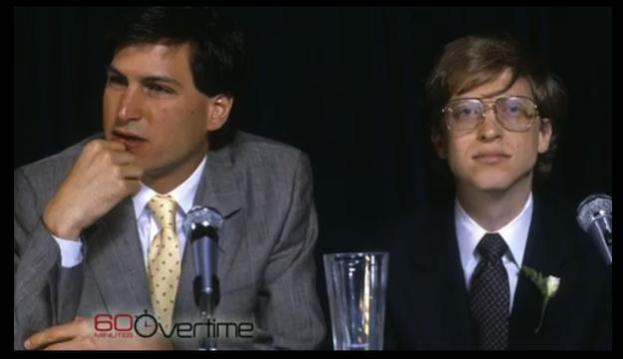 During an interview with Charlie Rose for the 60 Minutes television program, Bill Gates spoke about his relationship with Steve Jobs, including a visit prior to his death, and how Apple did things differently from Microsoft. However, it was Gates’ comments on the difference between the two companies which strike a chord today, given Microsoft’s recent foray into the brave new world of tablets with its Surface RT and Surface Pro models.

When asked to talk about the contrast between Apple and Microsoft, Gates turned to tablet computers, saying, “We did lots of tablets well before Apple did, but they put the pieces together in a way that succeeded.” He then emphasizes Steve Job’s love of design as one of the areas he was envious of, and a reason Apple products became so successful, commenting that, “His sense of design, that everything had to fit a certain aesthetic … shows that design can lead you in a certain direction so that phenomenal products come out of it.” Gates added that Jobs’ understanding of brand and marketing was also important, describing it as, “intuitive” and “amazing.”

When Rose’s questions turned to Gates’ personal relationship with Jobs, there was not only obvious affection from the Microsoft founder, but real emotion concerning one of their last meetings together too. “When he was sick I got to go down and spend time with him, and we talked about what we had learned, about families, everything.” Gates continued, “He was not being melancholy, it was very forward-looking … He showed me the boat he was working on and said he was looking forward to being on it, even though we both knew there was a good chance that wouldn’t happen.”

It’s a fascinating insight into the relationship between two people who have helped shape the world of technology into what it is today. Gates has been quite forthcoming recently, having held an Ask Me Anything session on Reddit back in February, but the Microsoft/Apple relationship is still as up and down as ever, with the Windows 8 makers blaming Apple for iTunes not being available on the latest version of the desktop OS. The clip of Bill Gates talking about Steve Jobs on 60 Minutes can be viewed here, along with some archive footage of the AllThingsD interview which brought the two together on stage. The complete interview will be broadcast on 60 Minutes Overtime later this week.

Topics
Video-editing app LumaFusion to get a Galaxy Tab S8 launch
You can own a limited edition version Steve Jobs' iconic Seiko watch for just $180
Mayoral suggestion to name Parisian street after Steve Jobs causes quite the stir
Smartphones were the wedge between Ballmer and Gates
Apple fans, celebs sing Steve Jobs’ praises 5 years after his death
This Amazfit fitness tracker is $35 for Cyber Monday, and it’s selling fast
This 10-inch Lenovo tablet is $129 for Cyber Monday (selling fast)
Save $200 on the Samsung Galaxy Tab S7+ with S Pen for Cyber Monday
The best smartphone stocking stuffers for the 2022 holidays
Don’t buy the wrong iPad during Cyber Monday — get this one instead
Samsung’s Galaxy Buds earbuds line is discounted for Cyber Monday
Audible Cyber Monday deal drops the price of Premium by 60%
This is your last chance to get 3 months of Kindle Unlimited for just $1