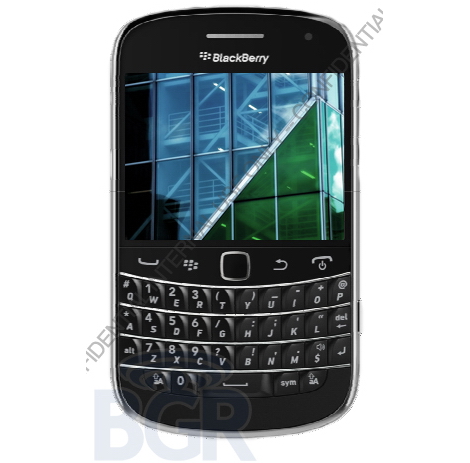 BGR has gotten its hands on leaked specs and an image of RIM’s upcoming smartphone, the BlackBerry Dakota.  If the report is true, RIM may have a hit on its hands. Check out some of the details below:

As far as the hardware goes, it’s pretty reminiscent of BlackBerry Bold with the exception of a sleeker body and memory and storage upgrades. Perhaps the only surprising element is the lack of a front-facing camera. Nearly every “leaked” smartphone spec includes the ability to run a FaceTime-like function. Clearly, RIM has no interest in jumping on the video chat bandwagon with BlackBerry Dakota.

But that’s not all. Some information about another BlackBerry smartphone, Apollo, is also making the rounds. It’s the latest generation Curve device, and while not quite as capable as the Dakota, Curve is a popular line and it should do well. A look at the reported specs:

BlackBerry has yet to announce the smartphones or mention possible release dates, but with the Mobile World Congress just around the corner, official word on the devices could be coming soon.

Video-editing app LumaFusion to get a Galaxy Tab S8 launch
OnePlus 11 vs. OnePlus 10T: only one of them is worth your money
The OnePlus 11’s excellent alert slider is also a big problem
OnePlus 11 vs. OnePlus 10 Pro: is it time for you to upgrade?
Does the OnePlus 11 have wireless charging? What you need to know
The best Samsung Galaxy S23 Ultra pre-order deal we’ve found
These 5 features turned my iPad into a shockingly good computer
Samsung Galaxy S23 vs. Google Pixel 7: there’s a clear winner
The Galaxy S23 upgrade I’m most excited about is one you can’t see
Apple hints at cunning plan to make you spend even more on an iPhone
Google Pixel Watch is back down to its Black Friday price
AirPods Pro are back down to their cheapest-ever price
I love (and hate) this stunning iPhone 15 Ultra concept