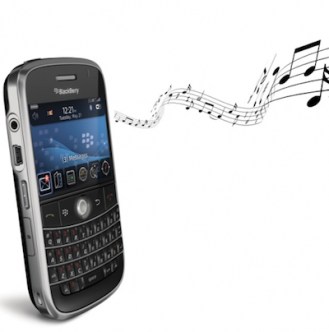 BBM Music, BlackBerry’s music-sharing service that launched to great fanfare less than two years ago, is set to close on June 2. Website Mobilesyrup said BlackBerry notified users in an email sent out on Wednesday.

The Canadian mobile company said BBM Music customers would be billed up to April, adding that it would offer all users a free 30-day pass to try music-streaming site Rdio.

“In May, as your BBM contacts stop using the service, songs in your playlists will begin to turn grey and will no longer be available,” BlackBerry said in the email.

It continued, “Though BBM Music is going away, you can still listen to great music on your BlackBerry. We’re giving you a 30-day pass to Rdio, which gives you unlimited, on-demand access to more than 18 million songs, including the latest hits and classic albums.”

The Ontario-based company declined to give a specific reason as to why it has chosen to shutter the service, though it’s likely in response to the growing presence of similar music-streaming services like Pandora, Spotify, Rdio and others.

BlackBerry’s $4.99-a-month music-sharing service, which was tied to its popular Messenger service, encouraged users to build a music library with the help of BlackBerry-smartphone-owning friends also signed up to the service. You began by building a profile of 50 of your favorite tracks, before expanding your library by connecting with friends and sharing songs from their library of chosen tracks. Each month it was possible to change up to 25 of your profile selections in order to keep things fresh and hopefully find new music.

The closure won’t affect owners of BlackBerry’s new Z10 handset – the service never made it to the company’s new BlackBerry 10 platform.

Topics
Video-editing app LumaFusion to get a Galaxy Tab S8 launch
I bought a $50 Apple Watch Ultra clone, and it blew me away
The best iPhone apps in 2023: 50+ apps you need to download now
The best tablets for seniors for 2023
The best USB-C headphone adapters for 2023
Is the Samsung Galaxy A14 5G waterproof?
The best fitness trackers in 2023: our 10 favorite picks
Watch the Galaxy S23 Ultra get unboxed a week before launch
The iPhone 15 Pro’s rumored new design is one I can’t wait for
The best folding phones in 2023: our 6 favorite foldables right now
You can finally take ECGs and track AFib on a Garmin smartwatch
Best cheap phones in 2023: our 5 favorite ones for tight budgets
How to get Apple’s Black History Month 2023 wallpapers for your iPhone and Apple Watch