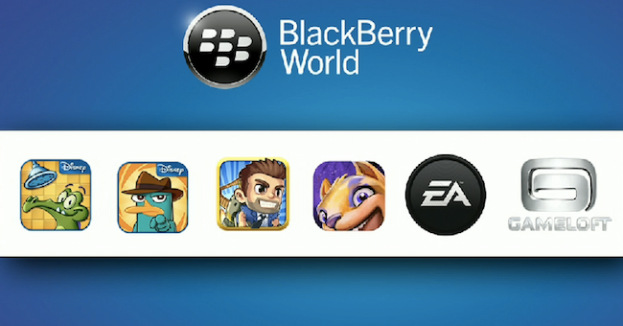 BlackBerry’s application store, recently renamed as BlackBerry World, is growing in size by the day, and the company has announced it now contains more than 100,000 apps for eager BlackBerry 10 owners to download. This is up from the 70,000 apps the company confirmed for the BlackBerry 10 launch at the end of January.

While 100,000 apps is way more than most of us will ever download, or even need, the grand total is still some way off the massive figures boasted about by Google and Apple. At last count, the iTunes App Store played host to 775,000 apps (with more than 300,000 made for the iPad tablet), while Google play contains at least 800,000. As for BlackBerry’s closest rival, Microsoft, the Windows Store has 130,000 apps ready for Windows Phone owners to download.

BlackBerry’s press release also lets us know apps for Amazon Kindle, the Wall Street Journal and restaurant reservation service Open Table have all been added today. In the near future, BlackBerry World will also see Skype, Rdio, eBay, Soundhound and Viber all launch too. While these are welcome additions to the store, the absence of apps from Instagram and particularly Netflix are believed to be serious barriers in the company’s quest for growth.

That said, BlackBerry hasn’t been struggling for positive press in the wake of its relaunch, thanks to widely spread stories concerning mysterious orders for a million BlackBerry 10 phones, and international releases where the Z10 is out-selling the Apple iPhone. Even stories which start out negative take a positive turn later, such as the news the OS had been rejected by the UK government for not being secure enough, only for it to be withdrawn just a few hours afterwards.

In the U.S., the BlackBerry Z10 is about to go on sale with AT&T, where it’ll cost $200 with a two-year contract, but if you fancy a white Z10, then you’ll have to wait for Verizon to put the touchscreen phone on sale on March 28, as the alternative color is an exclusive to the network.