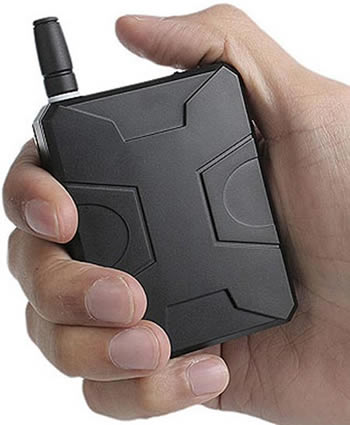 They are the hated locales of phone addicts: libraries, movies theatres, school classrooms. Those places where no matter how much you pay for your phones’s superior signal, you find yourself trapped in a dead zone. In many cases, cell phone jammers are to blame: Tools that can block cellular-enabled devices from receiving signals from stations.

Cell phone jammers or signal blockers have been illegal for some time now, and while their acceptance is an issue of debate, the FCC’s position on them is not. According to Navigadget, the commission decided to increase its efforts to shutdown and fine anyone using the devices. In a press release last month, FCC enforcement bureau chief Michelle Ellison explained the renewed interested in eliminating the mechanisms. “Jamming devices create serious risks. In the coming weeks and months, we’ll be intensifying our efforts through partnerships with law enforcement agencies to crack down on those who continue to violate the law. Through education, outreach, and aggressive enforcement, we’re tackling this problem head on.”

Jammers are used for a variety of situations, generally to keep out unwanted cell phone interruptions in public places. And while uppity restaurant-goers may appreciate their hushed meals, the FCC is more worried about the havoc the devices can create. “While people who use jammers may think they are only silencing disruptive conversations or disabling unwanted GPS capabilities, they could also be preventing a scared teenager from calling 9-1-1, an elderly person from placing an urgent call to a doctor, or a rescue team from homing in on the location of severely injured person. The price for one person’s moment of peace or privacy, could be the safety and well-being of others.”

Obviously, these are all very ethical reasons to eliminate the use of cell phone jammers. But of course, there are opponents, who mainly argue that places like hospitals, airports, and prisons should be able to block signals to prohibit convicts from making unobserved calls. ComputerWorld’s Mike Elgan points to a myriad of examples where dangerous felons have gotten their hands on cell phones and attempted to use them for further illegal activity. For example, one imprisoned Philadelphia gang member was able to organize a rival’s murder using a phone.

For the time being, it appears that the FCC will continue to fight cell phone jammers, and any dead zones out there may want to rethink operating the devices in lieu of the bureau’s increased attention.

Video-editing app LumaFusion to get a Galaxy Tab S8 launch
Hive Social is my favorite Twitter alternative, but that’s not saying much
Cyber Monday is your last chance to get an iPhone for $99
This incredible $99 iPhone Black Friday deal is still available today
The best Black Friday phone deals for 2022
Fitbit Cyber Monday Deals: Save on Sense 2, Charge 5, and Versa 2
Apple Cyber Monday Deals: Apple Watch, AirPods, iPad, MacBook
Get these JBL earbuds and 4 months of Music Unlimited for $25
OnePlus’ new Android update policy matches Samsung, shames Google
How Apple can fix iOS 16’s messy lock screen customization in iOS 17
The best voice-changing apps for Android and iOS
Spotify Wrapped 2022: what it is and how to view it
Save $225 on the unlocked Samsung Galaxy S22 Ultra with this deal