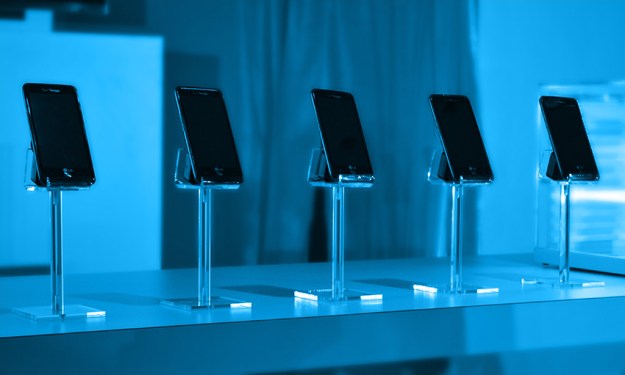 Next week, International CES 2013 kicks off in Las Vegas, bringing with it all manner of exciting new products including numerous tablets and smartphones. In fact, there are more than 1,200 exhibitors related to wireless technology, plus representatives from Qualcomm and Verizon will both be giving keynote addresses; proving just how important mobile has become for the show.

As is the way, many of the new products expected to launch have already been the subject of rumors or leaks; however, before you get your hopes up, remember Mobile World Congress will be along in late February, and that’s where many big-name devices will really make their debut. There are sure to be a few surprises though, so to prepare you for all the CES mobile delights, here’s a rundown of all the latest gossip, plus a few facts too.

Samsung started teasing its CES announcements last month, letting us know in an 18-second video it would announce something innovative at the show, and this week it has chatted about a new range of Smart TVs and a new Smart Hub too. We’re also expecting some news on its potentially less-groundbreaking-than-many-expect brand makeover.

On the mobile front, there’s the possibility of a device with a flexible display being announced, and the Galaxy S4 has been linked with the show too. There have also been mutterings about a 7-inch version of the Galaxy Note, and given Samsung’s love of providing as many screen sizes as possible, it has the ring of truth about it. Finally, we have to wonder whether Samsung will leap aboard the 1080p smartphone display train.

Samsung will probably wait until Mobile World Congress to launch the majority of its big-name mobile products, aside from the Galaxy S4, which will almost certainly be treated to its own event later in the year. The Samsung press conference takes place on January 7 at 2pm (Pacific).

LG could be bringing two new smartphones to CES, including one with what’s likely to be a popular hardware feature over the coming year, a 1080p resolution. The device will challenge the Galaxy Note 2, as it will match the Full HD resolution to a 5.5-inch screen. The other device is said to have a 4.7-inch screen, like that found on the Nexus 4 and the Optimus G, but with a 1mm bezel around it. But like many phone manufacturers, it may hold out for Mobile World Congress instead. Last year, it debuted most of its top-notch phones at MWC, including the Optimus 4X HD.

An LG Android tablet could be joining the two phones, boasting a 7-inch screen with a 1920 x 1200 pixel resolution and a 324ppi pixel density. A 7-inch tablet means only one thing these days, a budget price tag, something which LG is usually happy to offer. Additionally, LG will also show off some Windows 8 hardware, including convertible laptop/tablet models such as the H160 already announced in South Korea. The company has a press conference planned for 8am on January 7.

This one is easy, as Huawei has already given away any secrets it may have wanted to keep regarding its CES launch list. Therefore, we know the Ascend W1 Windows Phone 8 device, the Ascend D2 Android phone with a 5-inch, 1080p screen, plus the 6.1-inch screen Ascend Mate will all be in attendance. Huawei has a press conference at 1pm on January 7.

Another Chinese company who likes to make its secrets known, as its press conference details – which takes place on January 8 at 1:30pm by the way – revealed it will be launching the Grand S. Like so many others, the Grand S will have a 5-inch touchscreen with a 1080p resolution and it could be a variation on the Nubia Z5, which has also recently been revealed.

CES-based HTC rumors have been few and far between, however the mysterious M7 has now been linked with a launch at the show, despite previously being tipped for an MWC launch. But given that HTC hasn’t scheduled a press conference, doesn’t have any space booked on the show floor, and that the M7 is supposedly headed for Europe, an MWC launch in late February does seen more logical. We’re prepared to be proven wrong though. Otherwise, there’s a vague chance we could hear more about those rumored Windows RT tablet plans.

Like HTC, Nokia hasn’t publicly announced a press conference for CES, and it has been reported the company is only going to have a small presence at the show. Instead, it’s expected to be out in full force at Mobile World Congress, where we could see its first Windows RT tablet.

Aside from a few rumors regarding the launch of the so-called X Phone and X Tablet at the show – which probably won’t happen, as it’s too soon after the Nexus 4 and a better fit for Google I/O – it’s looking like a quiet (or silent) CES for Motorola.

Sony will be holding a press conference at 5pm on January 7, where it’s likely we’ll be introduced to the Xperia Z and Xperia ZL, both leaked in picture form earlier this week. Guess what? At least one of them will have a screen with a 1080p resolution. Shocking, isn’t it?

Qualcomm’s CEO Paul Jacobs will be giving the show’s keynote address at 6:30pm on January 7, making it the first time a company other than Microsoft has done so, where he could also reveal some new mobile processors.

The processor manufacturer is getting started early, as it has planned a special event for January 6 at 8pm, where we could meet the Tegra 4. With speeds of up to 2GHz possible, the latest quad-core monster chip will no doubt be exciting, but we’re not holding our breath for any hardware using the chip to be unveiled.

At 1pm on January 7, Intel will hold a press conference, but its unclear what it will announce now that the web-based TV platform seems to have been delayed. A possible Medfield-based tablet could be on display and perhaps we’ll also learn more about its mobile processor plans, or its chips being built using the 22nm process?

AT&T has a press conference planned for January 7 at 9am, while T-Mobile will wait until January 8 at 5:30pm, where it has set aside two hours to chat about its 2013 plans, even longer than AT&T’s 90 minute event. Verizon is giving a CES keynote at 4:30pm on January 8, as well. We can expect a few branded smartphones to appear at all three events, and perhaps Verizon will reveal its free Windows Phone 8 handset.

Asus has begun teasing its CES announcements via its Facebook page, but so far it has only given a couple of close-up shots of what looks like a monitor, however a new tablet or two – a 7-inch model called the ME172V has been rumored – isn’t beyond the realms of possibility. Polaroid looks set to launch an Android-powered camera named the IM1836, plus Alcatel will be showing a device named the One Touch Scribe HD, notable for being the first to use MediaTek’s first quad-core processor, plus a a super-thin smartphone called the One Touch Idol Ultra. Otherwise, there’s going to be plenty of Windows 8 tablets and laptops on display, although not all of them for the first time. Wireless charging mobile accessories could be one of the bigger trends, also.

Well, Apple obviously. Research in Motion is mostly ignoring CES, as it’s committed to the January 30 launch event for BlackBerry 10, though it will be on hand to talk to developers about the new platform. Microsoft has also confirmed it won’t be at the show, so don’t expect the Surface Pro either.

We will be at CES though with our biggest team yet, bringing you all the news from the first major tech event of the year.