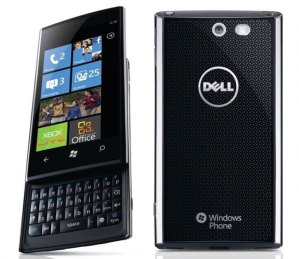 Dell is hot for smartphones. In a sign of support for its new product line, Dell plans to move roughly 25,000 of its 100,000 employees off of BlackBerry phones and onto its own line of Dell phones, specifically the Venue Pro. In addition, the PC manufacturer will begin pushing its corporate clients to use the Venue Pro, reports the Wall Street Journal. The Dell Venue Pro will soon be available on AT&T as one of the first devices to run Microsoft Windows Phone 7 operating system.

Dell is betting big on its new device, but is also dumping BlackBerry for economical reasons. The company will save 25 percent in mobile costs by eliminating its BlackBerry infrastructure, said Brian Gladden, Dell’s CFO. “We actually had a conversation last night around creating a site on eBay where we can actually sell these BlackBerry devices,” he said, referring to the thousands of BlackBerry’s Dell will have to sell or recycle.

This move is another blow to RIM, which continues to see its grip on the business market loosen. Dell plans to help businesses switch away from having to use special BlackBerry servers with its own business services. The company launched its first smartphones, the Aero and Streak, this summer. Both devices run Android, but Dell’s strong ties to Microsoft are clear. Neither the Streak or the Aero are being offered to employees. Instead, Dell is banking much of its success on the Windows-powered Venue Pro.

Gladden said his company is working closely with Microsoft. Both companies are working toward the same goal of appealing to businesses by creating a personally appealing phone.