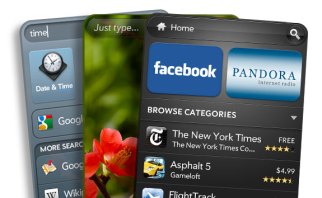 Hewlett-Packard’s TouchPad tablet is back on sale again – but this time only WebOS developers are being offered the chance to purchase it.

Under HP’s Developer Device Program, the company is offering developers with coupons the opportunity to purchase up to two 32GB TouchPads at the same low price we saw when the device was sold off cheap to consumers in August: $149.99.

According to HP’s website, it has received “more requests for coupons than we have devices” so is currently unable to accept further requests from developers.

It added: “We thank you for your patience and look forward to seeing your applications in the webOS App Catalog!”

Back in August, HP announced it was pulling the plug on tablet and smartphone production, which resulted in a fire sale of its TouchPad tablet. The device had been selling poorly, but the fire sale price resulted in it flying off the shelves. HP also said at the time that it was considering spinning off its PC business. But then, following Meg Whitman’s appointment as CEO in September, everything appeared to be up in the air again.

At the end of last month, Whitman said HP would continue to make PCs, and last week the company unveiled the Slate 2, a Windows 7-based tablet. A Windows 8-based tablet is also planned.

The fate of its WebOS software platform, however, still isn’t entirely clear, although reports emerged on Monday that HP was looking at the possibility of selling it following interest from several technology companies. Selling its remaining WebOS-based TouchPads to developers at least keeps the platform alive, thereby making it more interesting to potential buyers.

If you’re not a developer but would still like to get your hands on a TouchPad, all is not lost. Walmart will be happy to sell you one for $149.99 – though you’ll have to buy a laptop too.

Video-editing app LumaFusion to get a Galaxy Tab S8 launch
How to control notification badges on your iPhone and iPad
Why this luxury smartwatch isn’t out to beat the Apple Watch
The best tablets for small businesses in 2022
Best refurbished iPad deals and sales for September 2022
Which $1,000 phone has the better camera — iPhone 14 Pro or Galaxy Z Flip 4?
How to change the time font on your iOS 16 lock screen
How to use iOS 16 photo cutout to cut and paste images
The best selfie apps for iOS and Android
Experts say the iPhone 14’s satellite feature may have a dangerous side effect
How the Galaxy Z Flip 4 fixed my unhealthy phone habits
iOS 16’s biggest Apple Pay feature might be delayed until 2023
Best iPhone deals and sales for September 2022