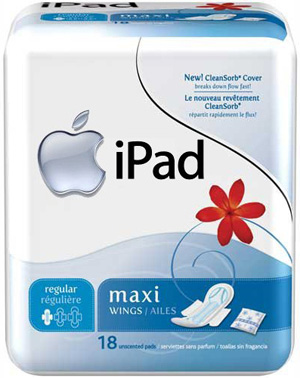 On Wednesday Apple aired its long awaited tablet computer, which it dubbed the iPad. Basically an oversized iPhone/iPod Touch, the new device hopes to capitalize on the popularity of these smaller products, filling the same niche as more traditional netbooks and UMPCs.

Some Apple fans have claimed the tablet will kill less full-featured e-Book readers like the Amazon Kindle or recent Sony Pocket Reader. If that’s the case, these competitors sure seem unusually nonchalant.

Sony, which actually competes with the tablet in two arenas — eReaders (Sony Reader series) and mobile gaming (PSP Go) — says that it may actually get a boost from the iPad.

States Steve Haber, president of Sony’s Digital Reading Division, “The introduction of another mobile device, which includes digital reading as part of its functionality, is a good thing for the digital book business. Mobile devices with reading capabilities will play a key role in the paradigm shift from analog to digital content. At Sony, we’re focused on devices optimized for digital reading and believe that digital books sales will surpass print sales within five years, if not sooner.”

Predicting the demise of print sales is certainly a bold move, but not a terribly new one; Amazon and Sony have been trumpeting that line for some time now. The more interesting tidbit is that Sony actually thinks the increased attention about tablets and digital books surrounding the iPhone will actually help Sony’s sales.

Sony certainly has a lot of business savvy in the field of digital books. It is second only to Amazon in this arena, and it is estimated to own 35 percent of the market, selling an estimated 1 million units in 2009.

One advantage it has over its new Apple competitor is perhaps a less obtrusive name; since its announcement the iPad has been lampooned by many readers who say it sounds like a feminine hygiene product. Describes Annie Colbert on the blog “Holy Kaw!”, “With “iTampon” quickly emerging as a trending Twitter topic, it’s probably safe to say that many women found themselves cringing as they asked, ‘Do any women work at Apple?'”

Ironically, the new Apple wonder-product shares its name with a fictional device devised in a MadTV skit — an Apple feminine hygiene device called the iPad. Writes “Dontstealmypen” a particularly prolific Twitter, “Will women send their husbands to the Apple store to buy iPads?” and “The iPad—Another embarrassing topic I get to discuss with my kids.”