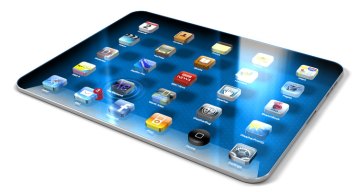 It seems that rumors of a fall release for the iPad 3 can finally be laid to rest.

It seems that the delay is related to issues concerning the introduction of an improved screen resolution, what Cupertino-based Apple call the Retina display. The high resolution screen was first seen with the release of the iPhone 4 in 2010.

The DigiTimes report says: “The sources believe that the yield rate of the 9.7-inch panel that feature resolution of 2,048 by 1,536 may be the major reason of the supply delay since such panels are mainly supplied by Japan-based Sharp with a high price and Apple’s other supply partners Samsung Electronics and LG Display are both unable to reach a good yield.” The current iPad has a screen resolution of 1024×768.

So now that we can say with some assurance that the iPad 3 looks set for release some time in 2012, the rumor mill can once again give its full attention to the launch date of the highly anticipated next-generation iPhone. It’ll likely be happening in the fall but is still, of course, the subject of much speculation….and rumor.