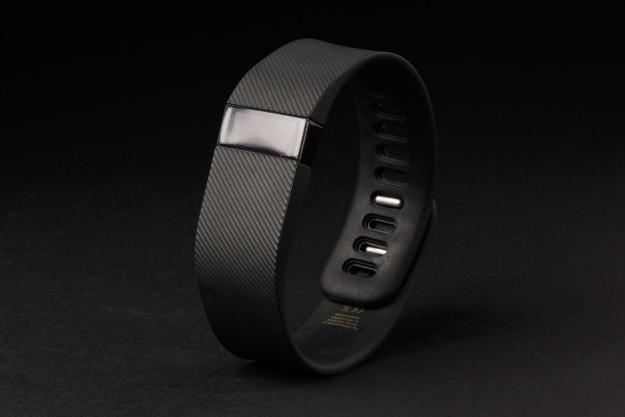 “FitBit’s Charge isn’t for everyone, but it’s a great fitness band for your average Joe who wants to get fit and look cool doing it.”

Fitness bands and wearables have become a dime a dozen. While others compete for the title of cheapest activity tracker, FitBit is back with yet another no-nonsense fitness band called the Charge.

This time around, FitBit packed a small, OLED screen into its fitness band for real-time stats and a handful of notifications. The Charge does everything its predecessor, the FitBit Flex did, but it adds a few new bells and whistles.

All things considered, the question isn’t really whether the Charge is a good fitness band; it’s whether it’s good enough to buy when they are many cheaper fitness-focused wearables around and so many more advanced ones coming in a few months. We spent some time with the Charge to find out if this is the fitness band you’re looking for.

Plain Jane looks fit in at the gym

Most fitness trackers may not be ugly, but you can’t exactly call them beautiful either. The FitBit Charge follows in the footsteps of the company’s Flex fitness tracker band, but without the removable brain. The wristband is made of a flexible, elastomer material that’s bendy and soft. It has an annoying two-pronged clasp that wiggles into the many slots in the band. The more upcoming Charge HR, which sports a heart-rate monitor, has a nice watch-like clasp instead, but will also sell for $150.

FitBit sells the Charge in three different sizes: small, large, and extra large. Unfortunately, I ended up with the large, which is excessively big for my small wrist. I could even slide it half way up my arm. I found it remarkably hard to fasten the band to my wrist, and ended up putting it in the second to last slot, so that I could wiggle it on and off my wrist when needed. In the end, it looked like I was wearing a slightly overlarge, black bangle with an itty-bitty screen.

Even though it wasn’t exactly my cup of tea style-wise, the FitBit Charge wasn’t ugly, and I wasn’t ashamed of wearing it. It has a cool, sporty vibe about it that allows it to blend in, no matter what you’re wearing. It was also a great deal more useful than the other wearables I’ve donned in the past few months. Netatmo’s June UV, for instance, was beautiful, but only kept tabs on UV exposure.

Luckily, I didn’t suffer from the skin irritation or unsightly rashes mentioned by early reviewers and readers. However, I never wore the Charge in the shower and it fit so loosely on my wrist that chafing was nearly impossible. I found the fitness band comfortable and typically forgot that I was wearing it at all.

One of the biggest complaints users had about the FitBit Flex was its lack of a true screen. FitBit tacked on a few LEDs and called it a day. Not so with the FitBit Charge. There’s now a tiny OLED screen where the LEDs used to be, that shows you the time, steps taken, distance traveled, calories burned, and flights climbed. It will also show you any alarms you have set for the day. All you have to do is tap the button or the band itself, and the display activates to show you the time. Each press of a button shows you a different metric.

The Charge has a cool, sporty vibe about it that allows it to blend in, no matter what you’re wearing.

If you want more details, you can open up the companion app (available for iOS, Android, and Windows Phone) and see a full overview of each metric. The Charge connects to your phone via Bluetooth and can store seven days worth of detailed motion data, as well as daily totals for 30 days. It’s also water resistant up to 1 ATM.

The Charge may overestimate the number of steps you take in a day, as it often registers broad hand gestures as full-body motion. Even so, the step counts seemed fairly accurate, and it was interesting to see how many miles you rack up just walking to and from work. FitBit will also notify you when you reach 5,000 or 10,000 step goals.

In addition to keeping tabs on your fitness and activity, the Charge will vibrate to let you know you’re getting a call and even show you who’s calling. However, that’s the only smartwatch-like function the Charge has, as its main focus is on fitness. If you want to control music remotely, get directions, and other notifications on your wrist, you’d do best to wait for the inevitable flood of smartwatches that are coming in 2015.

For a sportier smartwatch-style band, you’ll have to wait until 2015 when FitBit officially launches the Surge smartwatch. Coincidentally, the Charge HR will also debut early next year, so if you really want a more advanced fitness band, you should probably wait for that model to arrive.

Sleeping and waking with FitBit

The Charge not only tracks your sleep patterns, it can automatically detect when you’re asleep or awake. You can either manually start sleep time, or let FitBit figure it out for itself. The band will then follow your movements and let you know when you were in a restless or deep sleep. Once you’ve synced your Charge with the app the next morning, you’ll see an overview of your night.

Short of buying a sleep-tracking device, the Charge is the best band to wear to bed.

It’s fascinating to see how well you slept and try to deduce what disturbed your sleep. Short of buying a Beddit or another sleep-tracking device, the Charge is the best band to wear to bed if you’re concerned about your sleep patterns. Surprisingly, the Charge was quite comfortable to sleep with, and after the first night, I didn’t even notice I was wearing it. The Charge also has a handy, silent alarm that will wake you up if you schedule an alert in the app.

Most alarms hit me like a bolt of lightning and really get my heart racing. Even the quiet doorbell alarm on my iPhone nearly scares me to death some mornings. I’m a deep sleeper, so I was skeptical about FitBit’s gentle, vibrating alarm. Then, on Monday morning, the slender band buzzed and peacefully woke me up five minutes before my doorbell alarm was set to go off. It was much more relaxing to wake up to a light buzz, instead of a loud, repeated ding-dong sound from my phone.

The battery will last you a week or more

FitBit says the Charge will last from 7 to 10 days on a single charge. So far, I’ve been wearing it for a week, and it’s still got some juice left. It’s great to not have to worry about charging the band every night.

Rock out while you work out with these sporty, high-quality headphones. They’re even sweat and water resistant.

This Wi-Fi enabled smart scale will get you back on track and help you lose weight.

If you’ve already got a heart-rate monitor, but hate wearing a chest strap, try out this handy sports bra from Italian company Sensoria.

Get hyper specific health and fitness metrics from the Hexoskin Biometric shirt to complement your step-count data.

Still, there’s always the danger of losing your charger. FitBit’s charger may have a standard USB on one end. But the other is a special, magnetic connector that would be hard to replace.

Sure, FitBit’s Charge isn’t for everyone, but it’s a great fitness band for your average Joe who wants to get fit and look cool doing it. The addition of a screen brings the Charge to another level, and makes it easier to see how active you are at a glance.

It’s ideal for anyone who wants to get inspired and become more active, but it will also suit the health-focused person who schedules in a mile run or an hour at the gym every day. Of course, you could opt for a cheaper one, but the Charge offers a few key things that the cheapest trackers don’t have, like the screen, silent alarm, and call notifications.

Die-hard fitness fanatics will want something more precise and accurate, but they’ll also have to pay more to get it. Meanwhile, true techies won’t be very impressed with the Charge, as it’s fitness first, high-tech last.

Of course, the fact that another version of the Charge is coming with a heart rate monitor in 2015 can’t be discounted. For just $30 more, you’ll have more accurate fitness and calorie-burn metrics on your wrist, and you’ll be able to see if that cardio workout elevated your heart rate right away. We recommend waiting for the Charge HR at this point, if you really want a FitBit band.