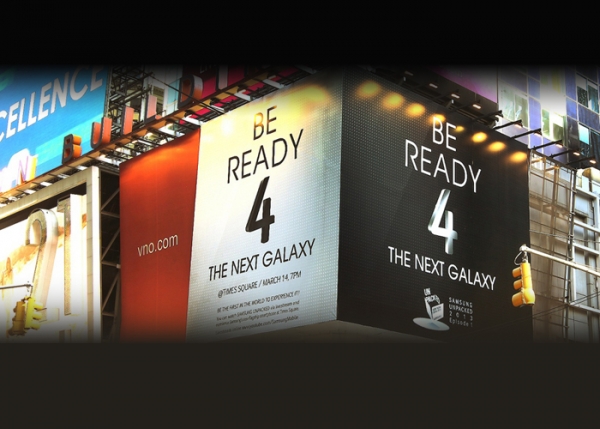 T-Mobile’s packed event revealed not only its new tariffs, the BlackBerry Z10, the Apple iPhone 5 and a new 4G LTE network, but also a sweet little nugget of unexpected information – the Samsung Galaxy S4’s release date on the network. After teasing the assembled press corps with the presence of the Galaxy S4, and that it would be available for testing the new 4G LTE network after the presentation, T-Mobile’s Mike Seger said the phone would be ready to buy on May 1.

The Galaxy S4 was announced earlier this month and hasn’t been given a release date, with most networks in the UK – where it’s expected to be released before the U.S. – still recommending interested buyers should register to find out more. Samsung hadn’t confirmed anything other than an end of April release, and few expected that to apply to the U.S.

So, May 1 is a happy surprise, and the new tariffs could make T-Mobile a very good choice for anyone wanting to grab Samsung’s latest flagship phone. The price hasn’t been confirmed, but as the Z10 and iPhone 5 will both cost $100 followed by 24 monthly payments of about $20, we’re quietly confident it’ll be the same situation for the Galaxy S4. Aside from the release date, no other information was given, so don’t go looking for a pre-order page just yet.

The Galaxy S4 wasn’t the only new device to be teased either, as T-Mobile will also sell the HTC One, and it’s confirmed as another $100 device, but no release date was provided. The HTC One has suffered a few delays already, however HTC says it’s back on track for a late April debut.