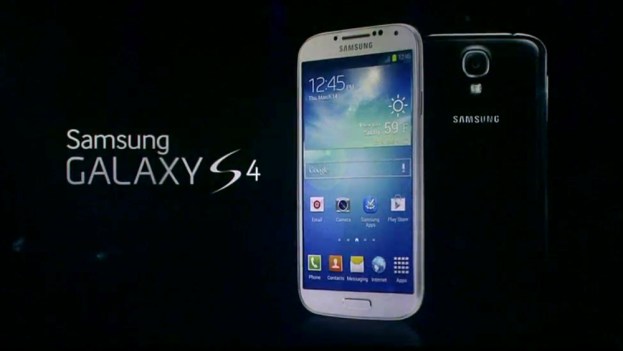 And there we have it. Samsung’s flagship Galaxy S4 smartphone, which hasn’t even been out a month, is now officially the tech giant’s fastest selling phone ever, with the company announcing late Wednesday that sales had crossed the 10 million mark.

“Launched globally on April 27, the phone is estimated to be selling at a rate of four units per second,” Samsung said in a statement announcing the news.

The Android-powered Galaxy S4, with its 5-inch 441-PPI display, 13-megapixel camera and slew of snazzy features, is evidently proving a big hit with consumers in the 110 countries where its currently sold. Ten million sales in less than a month makes sales of the previous iterations of the handset appear positively sluggish, though they were, of course, considered impressive at the time.

The Galaxy S3 crossed the 10-million mark 50 days after its launch in May last year, while the S2 took five months to reach the same milestone. As for the Galaxy S, the first handset in the range, that took all of seven months to sell 10 million units after launching in 2010.

“On behalf of Samsung, I would like to thank the millions of customers around the world who have chosen the Samsung Galaxy S4,” Samsung co-CEO JK Shin said in the statement. “At Samsung we’ll continue to pursue innovation inspired by and for people.”

The Galaxy’s S4’s impressive sales figures also indicate a narrowing of the gap previously comfortably enjoyed by Apple with its iPhone – for the first three months of this year, Apple sold an average of 12.5 million handsets per month. Could we see the S4 outselling the iPhone before the end of 2013, or will sales  tail off once the initial enthusiasm for the handset fades?

Late last year it was reported that Samsung is aiming to sell more than 500 million smartphones and feature phones in 2013, improving on sales in 2012 by around 20 percent. Based on Wednesday’s news, phones in the company’s Galaxy S range are likely to make up a sizable proportion of those sales.

In other S4 news, Samsung says in the summer it’ll be launching the S4 in a variety of new colors – Blue Arctic and Red Aurora, followed by Purple Mirage and Brown Autumn – to go with the currently available White Mist and Black Forest offerings.