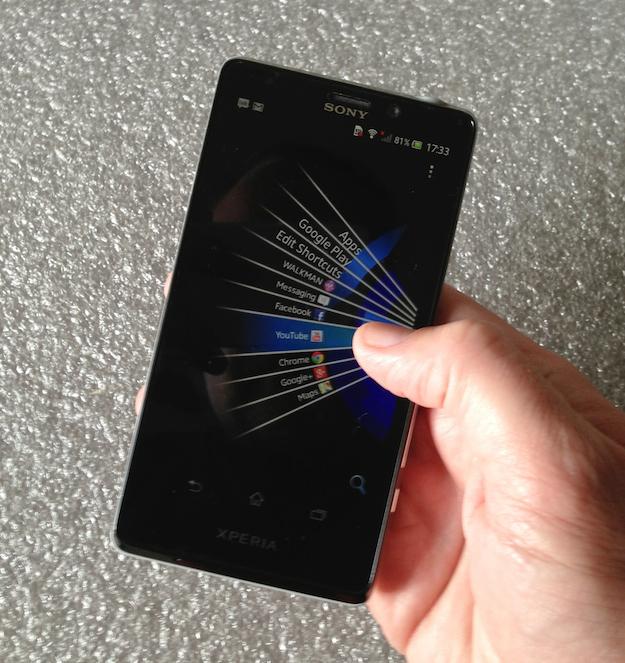 Back in 2009, the mobile world was a very different one to that of today. Android was only just beginning to take off, and there was no such thing as the Nexus One or the Samsung Galaxy S. The iPhone was there, of course, as was Symbian and Windows for Mobile. Much like today, there was another company trying to break into smartphones and its name was Else, formerly known as Emblaze Mobile. It proposed a completely different mobile operating system, called Else Intuition, designed to be used with one hand and to be completely customizable.

The phone on which Else Intuition was expected to make its debut was called the First Else, but sadly, Else never quite made it to market. It was a shame, as not only did the OS look really futuristic, and very different to anything else available at the time (and now, for that matter) but it had a memorable website and ad campaign attached to it. You can see the original promo video below.

So why are we dredging up the past? It’s because Else has released a version of Intuition as a launcher for Android, enabling us all to see what could have been challenging Android and iOS in 2010, should the First Else ever gone on sale. It’s a beta app and has been renamed Splay, which better fits its design than Intuition. As before, it’s designed to be operated using one finger, making one-handed use very easy, almost regardless of screen size.

Your thumb tracks through collapsible menus, selecting each option as you go, before finally settling on your choice of app. The gestures take some getting used to, particularly to hold open a menu, but once you get going, it’s a surprisingly fast system. To install Splay, you’ll need an Android phone running 4.0 Ice Cream Sandwich or later, and it’s free to download. As it’s a beta, there are a few teething problems, but it’s still usable provided you’re willing to spend some time setting it up.

While Splay is fun for those of us who looked forward to using the First Else back in 2009, it’s also a very timely reminder of just how tough it is for new companies, no matter how unique their product is, to get a new smartphone off the ground. Its arrival as an app for Android comes at a time when we’re expecting at least four others to try and do the same – Jolla, Mozilla, Ubuntu and Tizen. Come 2017, will one of those be the subject of a nostalgic article to coincide with its release in the Google Play store?