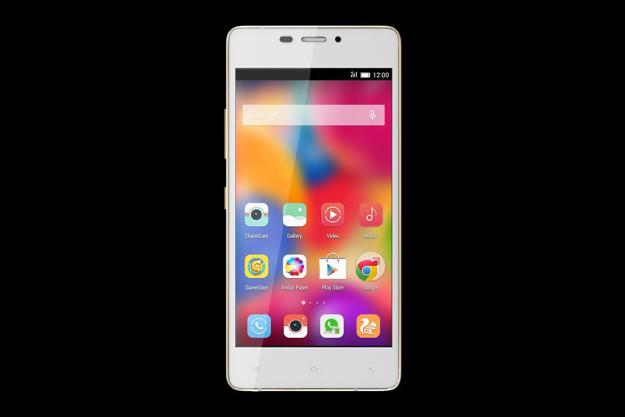 “The Gionee Elife S5.1 is a slim and light wonder to hold and slips almost unnoticed into your pocket, but it’s interface is slow and laggy.”

It’s thin, but is it too thin?

Lately, the race to hold the title of World’s Thinnest Smartphone is busier than ever, but few companies work as hard as Gionee. Its Elife S5.5 held the trophy for sometime, and rather than let another company take it away, it came up with a second record beating phone: the Elife S5.1. Gionee has opted for a more mid-range spec this time, perhaps as a consequence of pushing for an even slimmer chassis. Unfortunately, losing weight has hurt it.

The phone’s name gives it all away – it measures just 5.1mm thick. Here are a few comparisons: The new iPhone 6 is 6.9mm thick, Samsung’s Galaxy Alpha is 6.7mm thick, Sony’s Xperia Z3 is 7.3mm, and the LG G3 is a comparatively plump 8.9mm. Slimming down the chassis also reduced its weight, and the Elife S5.1 is a mere 97 grams. The iPhone 6 is 129 grams, and even the Galaxy Alpha is 115 grams. Smartphones under 100 grams are a rarity, and the sylphlike S5.1 is almost disarmingly light. It often felt like it would slip through my fingers.

The metal chassis is sandwiched between two white pieces of Gorilla Glass, and like the S5.5, it has a truly premium feel. Gionee has smoothed out the rear panel for the S5.1, losing the camera lens bulge (but at a price), and made the edges more comfortable to hold. It’s a very attractive phone, although the gold chassis color isn’t to our taste, and we can’t help but want to see it in a cool steel grey alternative, and with darker glass panels.

It’s also very solidly built. There’s no noticeable chassis flex, and I carried it around in my pocket without a case to see if it caused any problems. It came out unscathed. On the subject of carrying it around, Gionee has packaged the Elife S5.1 with a silicone case, a wrap around folio case, and a few screen protectors.

Android is stifled by Gionee’s UI

The Elife S5.1 uses Android 4.4.2, which is covered with the Amigo 2.0 user interface. The phone came with Google Play already installed, along with eighteen non-Gionee apps, from the WeChat messenger to demo versions of Uno and Spider-Man. There are also a few Gionee standard apps, including a theme switcher, and an alternative camera app. Most are largely pointless, but we did like the attractive and informative weather app.

Out of the box, the Elife S5.1 comes with the S5.1 theme activated, which after experimenting with the alternatives, turned out to be the most sluggish. Selecting Amigo or Android themes made the phone snappier, with the added benefit of standard Android apps reverting to more familiar icons.

Amigo UI works like Huawei’s Emotion UI, and abandons the app drawer in favor of spreading app icons over multiple home screens. It’s perfectly acceptable, but if you’re a fan of Android’s widgets, it can mean a lot of home screens through which to wade before finding an app. It’s also not always very pretty. Amigo 2.0’s screens are very basic. Compare the settings page on the S5.1 to the one found on the LG G3, and it’s like looking at phones from different eras.

Let’s start off with the positives. The Elife S5.1 has a 4.8-inch AMOLED touchscreen with a 1280 x 720 pixel resolution, which looks far more impressive than the numbers suggest. It’s beautifully bright, and very sharp. The super-slim bezels make it appear larger than it actually is, and it never once felt too compact, even when I was swapping between it, the Nexus 5, and the LG G3.

Powering the phone is a MediaTek MT6592, 1.7GHz octa-core processor. It’s a year old now, and was never an absolute powerhouse, regardless of its “true octa-core” ability. However, inside the Elife S5.1 it’s being strangled by only 1GB of RAM. Performance is a problem. Scrolling and animations suffer the most, but swapping themes did help us speed things up.

The Elife S5.1 would certainly benefit from having more RAM

The S5.1’s performance can be compared to flagships from several years ago, in particular the Galaxy S4 and the HTC One (the M7 version). Put it alongside a Snapdragon 800 powered phone with a custom user interface, and it matches them for snappiness. In the real world, it reminded me of using the Moto G, a Snapdragon 400 phone unencumbered by a skin over stock Android. The Moto G costs just north of $200, while a S5.1 is about $600.

Thankfully, Gionee has included a fast way to clear the cache and RAM, but it never freed up more than 380MB, and arguably it shouldn’t be needed at all. Only having 1GB of RAM may mean the phone won’t enjoy running the latest apps. Running the Geekbench 3 benchmarking app returned a multi-core score of 2268, while Quadrant gave a score of 13602. Both of these are lower than the scores achieved by the Elife S5.5, which has the same processor and 2GB of RAM.

Angry Birds Transformers played well, with only a little bit of jerkiness when lots of things were going on (in other words, lots of pigs exploding). However, extended play did make the Elife S5.1 feel quite hot. It would certainly benefit from having more RAM, but the performance isn’t a disaster.

DTS Audio is an advertised feature on the phone, and the tweaks can be found in Gionee’s standard Music app. Even with headphones plugged in, the results weren’t impressive. Bass was lacking, although vocals were clear, and the DTS system is good for adjusting the overall sound. Whether the end result is pleasing to your ear may depend on your personal preferences.

Gionee app works hard to save the camera

The Gionee Elife S5.5 had a 13-megapixel camera on the rear, which was fitted inside a slightly raised, angular bump in the top rear corner of the phone. To make the Elife S5.1 completely flat, Gionee has presumably been forced to opt for a smaller 8-megapixel rear camera. It’s an unfortunate compromise, because the pictures the S5.1 takes aren’t up to the S5.5’s standards, although messing around with the filters can produce some cool looks.

Better pictures can be taken with the Nexus 5 and the iPhone 5S, both of which have 8-megapixel sensors, but it did produce much better results than the 5-megapixel Moto G. The front facing camera outshines all three though, so if selfies are your thing, you’ll be happy with the S5.1.

Sadly, Gionee hasn’t done anything about the annoying “processing” pause after taking a picture. Press the shutter button in the standard app, wait three-seconds while it fiddles around, and then you get the chance to take another shot. It’s frustrating, and really should have been solved.

The Elife S5.1 is a truly premium phone to look at.

However, there is an alternative camera app installed on the phone, which doesn’t suffer from the same problem. It’s Gionee’s own CharmCam app, which has various different modes for adding filters and effects. There’s no delay here, plus the gesture controls are great. You can snap selfies using a peace sign, or wait for it to detect a smile. The S5.1 was quick to recognize both, and the 5-megapixel front cam has a suitable wide angle to it.

You can access CharmCam using a button in the stock app, but there’s no obvious way to link CharmCam to the shortcut on the lock screen.

Despite its thin profile, there is a 2,050mAh battery inside the Elife S5.1, and it’s surprisingly long-lasting. Even with Bluetooth connected to a smartwatch or Google Glass, the phone happily kept itself going for two days of moderate use.

Gaming inevitably cut this time down, but given the phone’s size, this was a pleasing result. Of course, the battery is fixed in place, but Gionee has added a battery saving feature to make the most of any power available. The smaller, lower resolution screen means the battery life is roughly equal to the S5.5’s 2300mAh battery’s performance.

The Gionee Elife S5.1 is notable because of its incredibly thin profile. It’s so slim and light, it’s easy to forget you’re carrying it around at all, which is unusual for a modern smartphone. It looks great, feels more comfortable in the hand than the S5.5, and the build quality is of a high standard. To look at, it’s a truly premium phone.

However, the processor is old, and the RAM too low, so it doesn’t perform like a premium phone. Compare it to other mid-range phones — even something that’s half the price like the Xiaomi Redmi Note — and it falls behind. Gionee’s software enhancements may also have to shoulder some of the blame here.

This makes the phone a little frustrating. Just a little extra power inside the S5.1, and Gionee would have got it right. I can live with the 8-megapixel camera, but I want my sleek sporty phone to have some oomph behind it, and not an engine which feels stifled to conform with emissions laws.