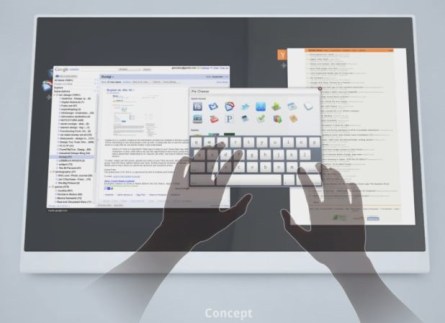 Amazon is understandably a bit troubled by Apple’s entry into the tablet market. The iPad represents perhaps the most significant threat to Amazon’s e-Book empire yet (Amazon currently holds around 60 percent of the market).

Apple dealt an indirect blow to Amazon, striking a deal with media mogul Rupert Murdoch to sell e-books at a higher rate. The move gives Murdoch ammo to make similar demands of Amazon, which current sells best-sellers for $9.99. Despite the fact that Amazon pays publishers the same wholesale prices as it does print books and that Amazon actually loses money to provide e-books cheaply, publishers are looking to force the company to sell them at higher prices to avoid customers getting used to the notion of cheap new books.

Amazon is looking to strike back, though, with the acquisition of Touchco, a New York startup that began as a research project at the Media Research Lab at New York University. Touchco currently only has 6 employees and has not yet delivered a commercial product, but if it can deliver on its claims it could be an extremely valuable acquisition to Amazon.

The company uses a technology known as interpolating force-sensitive resistance. It says it can deliver completely transparent, touch-sensitive displays at a cost of under $10/sq. foot. The displays offer complete multi-touch support and a virtually unlimited number of contact points.

The technology is significantly cheaper than Apple’s iPad touch technology (if the claims are true). That means Amazon may soon be able to launch a multi-touch Kindle variant to compete with the iPad, potentially at a lower cost. Humorously, the Touchco folks will soon be neighbors to Apple, moving into Google’s Kindle hardware division, Lab126, which is based in Cupertino, California — also home to Apple’s headquarters.

The acquisition could mark Amazon’s departure from E-Ink technology. Touchco’s demonstrated products work primarily with LCD screens. And despite the low power consumption and reduced eye-strain, Amazon may have other reasons to move to LCD screens in the next Kindle as well. Donald Norman, a professor at Northwestern University says that E-Ink “is too slow and ponderous” for multimedia or reference works. He says that Amazon will likely move to “switch to some other type of display.”

Amazon isn’t the only one to be cooking up a competitor to the iPad, though. Google, which already mounted an impressive campaign against Apple in the mobile phone arena, is now looking to take out the iPad early with superior tablets powered by Google’s new Chrome OS. Glen Murphy, a Googler who helps design the user interfaces for the Chrome browser and OS, tweeted “Apparently our tablet mocks have been unearthed” on Tuesday, dropping a link to image and video concepts of a Chrome OS-based tablet.

The company actually aired the videos two days before the iPad launch, but everyone was so caught up in the Apple circus that hardly anyone took note. The videos show users interacting with tablets large and small and using advanced multi-touch gestures to perform functions such as window and stacking.

A Google tablet would have the advantage of being able to leverage Google’s largely stable of web apps. It could also use Google Books to meet peoples’ e-book needs.