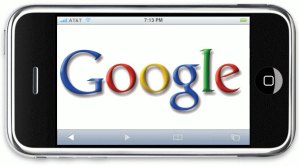 Those of us in the tech industry like to talk about the ‘smartphone wars,’ or Android vs. iPhone, or any other way to pit Google against Apple. According to Google’s Asia-Pacific president Daniel Alegre, however, the search giant only wants the iPhone and other iOS devices to succeed.

“Whenever iPhone succeeds, Google succeeds,” said Alegre in an interview with AdNews. “I actually don’t look at it as iPhone versus Android. iPhone is a very strong driver of query growth for Google. We also monetise apps through the iPhone..we actually benefit from iPhone’s growth.”

Of course, Alegre didn’t dismiss its open-source Android platform, which is currently the most used mobile operating system in the world.

“We truly believe there has to be as few platforms as possible in order for apps developers to focus their development,” Alegre said. “So far we are starting to see tremendous success for the Android operating system. We have 300,000 activations per day which is a phenomenal number.”

A study released earlier this week by advertising network Millennial Media, showed that the iOS platform made gains against Android due to a boost in sales caused by the release of the iPhone 4 on Verizon Wireless, with ad impressions made through iOS rising 29 percent in March compared to Android’s 23 percent rise.

Google’s Android currently holds about 30 percent share of the mobile market worldwide, which puts it in the top spot. Apple sits in the No. 3 spot, with 24 percent market share, after BlackBerry.