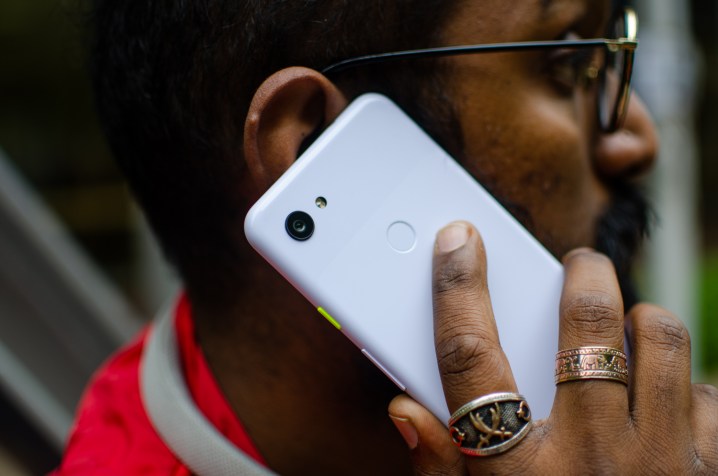 The new Pixel 3a range from Google is temptingly priced. The chance to own a large Pixel for under $500 is sure to reel in some interest. If you have always fancied a Pixel XL, but balked at the high cost, then perhaps the Pixel 3a XL is for you. But what has Google done to slash that price? We compared the Pixel 3a XL with the Pixel 3 XL and its predecessor the Pixel 2 XL to find out exactly how they differ.

The Pixel 2 XL had the Qualcomm Snapdragon 835 processor, while the Pixel 3 XL had its successor, the Snapdragon 845, which is faster and more efficient. The Pixel 3a XL opts for an upper-midrange chip, the Snapdragon 670, but it rivals the 835 in benchmarks, and we’ve found that it’s capable of running challenging games at high graphical quality. All three have 4GB of RAM.

We found that the 3,520mAh battery in the Pixel 2 XL gave us an average day’s worth of battery life, but Google reduced the capacity slightly in the Pixel 3 XL. The drop to 3,430mAh resulted in disappointing battery life and it was one of the few weak spots of the phone. The Pixel 3a XL looks to redress this issue with a larger 3,700mAh battery. Since it also has a lower-resolution screen, it easily outperforms its predecessors. All three support USB-C Power Delivery for fast wired charging at 18W, with the adapter and cable supplied. The 3a XL does lack wireless charging support.

The Pixel 3 XL takes this round for its processing power, but if you rarely use demanding apps or games, we think the 3a XL will be enough, and the prospect of longer battery life is alluring.

Pick up the new 3a XL and the biggest compromise in terms of design is immediately apparent because the latest Pixel is made of polycarbonate rather than glass. You still get the trademark two-tone design with the glossy top and textured bottom, and there’s a recessed fingerprint sensor on the back with the camera lens at the top left. There are differences around front, too, where the Pixel 3a XL ditches the deep notch from the 3 XL. It actually looks more like the 2 XL with fairly big bezels at the top and bottom of the screen, as well as an 18:9 aspect ratio. The Pixel 3a XL is a little fatter and taller than the other two, but not quite as wide.

While the polycarbonate body is probably a bit more durable than glass, the Pixel 3a XL sports Dragontrail glass instead of Corning’s Gorilla Glass 5, which is what the other two phones use. There doesn’t seem to be a huge difference in protective properties. Where the 3a XL falls down a little is in water resistance. The 2 XL has an IP67 rating, while the 3 XL boasts an IP68 rating. The new 3a XL is just described as splash- and dust-resistant, which means it won’t likely survive submersion like the other two.

On paper, these competitors look identical in the camera department. Each has a single-lens main camera with a sensor rated at 12.2 megapixels. The Pixel 3 XL is our favorite camera phone right now. Just point and shoot, and more often than not, you’ll be pleased with the results. Google’s smart A.I. processing squeezes the best out of every photo and the available light. HDR+ combines frames to improve quality, there’s a terrific portrait mode, and Night Sight works wonders in low-light environments. It looks like the Pixel 3a XL has exactly the same camera and it supports all the same features. Where we might see a difference is in the processing speed, as it has a slower processor and lacks the Pixel Visual Core, which enables faster A.I. processing in the 3 XL and 2 XL.

Around front, the Pixel 3a XL and 2 XL have a single-lens 8-megapixel camera, while the Pixel 3 XL boasts one 8-megapixel lens with a wider aperture for better selfies, as well as an 8-megapixel wide-angle camera perfect for group shots.

All three phones are now running the latest version of Android 9.0 Pie, and they’ll get an update to Android Q as soon as it comes out. They’ll also continue to get swift security patches and version updates for the foreseeable future. We’re giving the win to the 3 XL and 3a XL because the older 2 XL will not be supported for as long, but the software experience on these phones is currently identical.

We’ve already talked about some of Google’s A.I. features in the camera, but there’s more. Google Assistant just keeps getting better, and can be launched with a squeeze of your Pixel thanks to Active Edge. Duplex allows your phone to book appointments for you. Your Pixel can screen calls and tell you what music is playing in your vicinity. You’ll also find augmented reality support, Google Lens integration, and digital well-being features to help you wind down at night. The good news is that all of these features are available no matter which Pixel you choose.

The Google Pixel 3a XL costs $479, while the Pixel 3 XL starts at $899. Google doesn’t sell the Pixel 2 XL anymore, but you can find one for $600 or less. All of them will work on all major carriers including T-Mobile, AT&T, Verizon, and Sprint. You can also buy them from a variety of online retailers including Best Buy and Amazon.

The Google Pixel 3 XL has to take the win here. It’s slightly better than the other two, with a faster processor and the best display, but this is a close race. If you look at the price of the 3a XL, it definitely offers better value for what you get. Google has compromised in the right places and the improved battery life is a big plus point. If you already have a 3 XL or even a 2 XL, you won’t want the 3a XL, but if you’re upgrading from something older and trying to pick between these options, then the Pixel 3a may be the more suitable option.