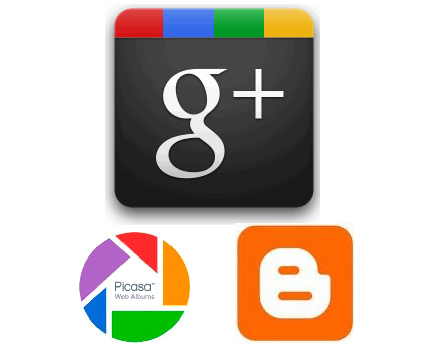 For far too long Google struggled to bring a viable social platform to the field. There were missteps and downright disasters, but plenty of its issues could also be attributed to the dreaded F word: Fragmentation. With its Chrome browser and OS, various Google web properties, and Android mobile operating system, Google struggled to showcase brand unity and steer consumers in the right direction.

Fortunately, it looks like Google+ is getting the company on the right foot. While its staying power remains to be seen, the new social network has caused quite the stir and is getting some positive feedback from industry veterans. And Google arguably deserves the praise: Earlier this year, as we all critically eyed Google, waiting for the rumored Facebook Killer, its layered approach to social seemed too little, too late. The addition of the top bar (now blackened and including the +You signage), updated login system (the right-hand side gear icon), improved Google Profiles, and socialized Gmail interface have actually come together to offer a competent and competitive platform.

And Google recognizes a good thing when it sees it. Gmail recently underwent a makeover, unifying the layout with Google+, and now the remodel will continue. According to Mashable, Google will rename its web properties Blogger and Picasa, Google Blogs and Google Photos, respectively. Google’s various web applications are also likely to get the unified treatment, especially the more social-friendly elements that will tie in nicely to Google+. The switch is likely to come within the next six weeks, as Google prepares to bring Google+ out of beta and will coincide with the elimination of all private Google Profiles.

It’s a step towards folding all of its outer features into Google+, making it clear that the social service isn’t meant to stand on equal ground with Google’s other applications. It just more proof that Google is really serious about Google+, and that this is a major investment of its time and resources. What else will be rebranded is unknown, we wouldn’t be surprised to see a variety of properties tied into Google+.

Topics
Video-editing app LumaFusion to get a Galaxy Tab S8 launch
Just get a new iPhone? Here are 12 tips and tricks to master it
How to undo reposts on TikTok (and why you should)
How to record phone calls on your iPhone quickly and easily
Sunbird looks like the iMessage for Android app you’ve been waiting for
Best Samsung Galaxy S23 and Galaxy S23 Ultra accessories
The best phones in 2023: which smartphone should you buy?
You shouldn’t buy the Galaxy S23 Ultra — and that’s the best thing about it
Netflix for books: Get 2 months of Kindle Unlimited for free
The best Android phones in 2023: top 10 best ones you can buy
We have the Vivo X90 Pro, one of 2023’s most interesting Android phones
Forget the Steam Deck — this modded Android phone is a gamer’s dream
This Galaxy S23 Ultra case gives Samsung users a huge iPhone 14 feature