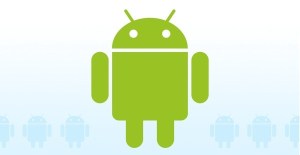 In an attempt to tamp-down fears that Google was closing the open doors of Android to the development community, Google’s vice president of engineering Andy Rubin took to the Android Developers blog with a single message: Android will remain an open platform.

Rubin’s assurances that Android will remain the open-source mobile platform it’s been since the beginning follow a Bloomberg Businessweek report from last week that claimed Google has begun reigning in the “will-nilly tweaks to the software” made by the wide variety of handset makers and app developers that produce content for the mobile operating system.

Evidence of this came in the form of additional reports that showed Google has delayed releasing the source code of the Honeycomb version of Android, despite the fact that the OS has been available on the Motorola Xoom tablet since the end of February.

“Recently, there’s been a lot of misinformation in the press about Android and Google’s role in supporting the ecosystem. I’m writing in the spirit of transparency and in an attempt to set the record straight,” writes Rubin.

He added that Google does not “believe in a ‘one size fits all’ solution,” and praised the Android community at large for taking Android further than they believed possible, all while making sure “quality and consistency” remain “top priorities.”

After all, says Rubin, Google has always required mobile handsets “to conform with some basic compatibility requirements,” and has maintained an ‘”anti-fragmentation’ program” for apps since Android was first released. That said, Rubin assures device makers that they “are free to modify Android to customize any range of features for Android devices.”

“Finally, we continue to be an open source platform and will continue releasing source code when it is ready,” says Rubin. “As I write this the Android team is still hard at work to bring all the new Honeycomb features to phones. As soon as this work is completed, we’ll publish the code. This temporary delay does not represent a change in strategy. We remain firmly committed to providing Android as an open source platform across many device types.”

As Jason Kincaid at TechCrunch points out, it is still possible that Google is beginning to increase control over Android, and keep it open source. Rather than make the latest source code available to everyone at the same time, however, Google can give certain development partners early preferential access, just as the Bloomberg Businessweek report suggests it will — a claim Rubin failed to deny.