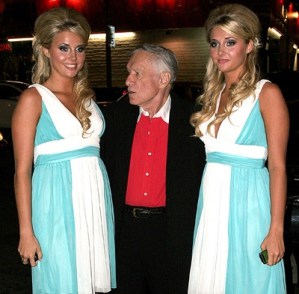 We’re not sure who is tweeting for Hugh Hefner lately, but he’s coming off as a bit confused.

Many were startled by this, as Apple has repeatedly spoken against and banned pornographic materials from its App Store–which has a section for magazines. Our earlier story is here.

Well, it turns out that Hef was either misinformed or misleading. Suspicious, Forbes contacted a Playboy spokeswoman who clarified Hefner’s statements. “We are releasing a web-based subscription service with Bondi Digital Publishing that will give users access to every issue of Playboy both past and present.  The service will be iPad compatible and will utilize iPad functions. We also have plans to release a non-nude version of a Playboy-branded iPad app in the coming months that adheres to all of Apple’s policies and guidelines.”