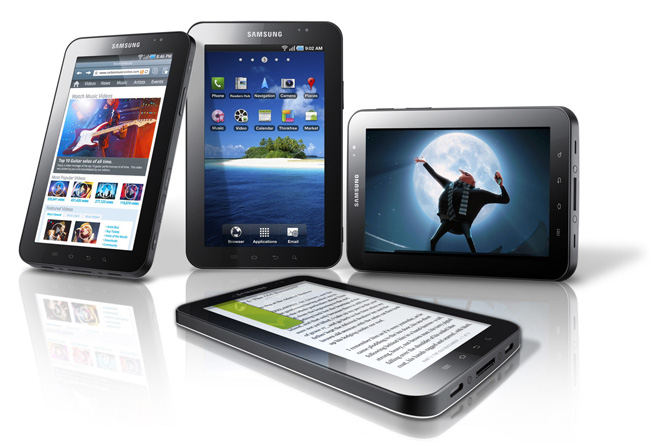 A minor mystery exists when it comes to Android tablet apps. At the press event announcing the Samsung Galaxy Tab, the first Android tablet PC, it was noted there would be revised or new apps “optimized” available for it.

But what, exactly, does “optimized” mean?

No one connected with the device could elucidate the optimization then or now. Over the last month, we’ve queried Samsung, Google and Sprint about the technical aspects of optimization and how an Android user can easily find or identify an optimized app. Unlike iPad-optimized apps in iTunes, optimized apps are not segregated in the Tab’s Android Market. Each party kept referring us to ask the other in a seemingly never-ending circle. The closest we got to an answer was this off-the-record quip:

“I think they just made the app more conducive to viewing on a large screen and probably increased the button sizes and whatnot in the assumption that someone is using the app on a device that is being handled with two hands (i.e. a tablet) rather than one.”

The difference is in the details

Discerning a difference between optimized and non-optimized apps is easy – but only after you’ve downloaded them. Non-optimized apps float in the middle of the Tab’s screen, and can’t be blown up as iPhone apps can on the iPad. Since the Tab’s Market app doesn’t segregate optimized apps, we did a search for “Galaxy Tab.” Up popped 114 results, many simply different versions of the same apps (such as multiple Museums city choices listed below).

But there really isn’t any way to know if an “optimized” app simply has been imperceptibly blown up from, say, 800 x 480 pixels (the resolution of the four Samsung Galaxy S phones) to the Tab’s barely larger 1024 x 600 pixel resolution, or if more extensive tinkering has been done to exploit the slightly more expansive Tab screen real estate.

Technically, all Android apps have to be “optimized” to work not only for specific Android devices (largely because screen sizes and buttons differ from phone-to-phone) but for differing Android operating system versions. Theoretically, the Market on any Android device should list only apps “optimized” for that device, one reason why you can buy Android apps only on the devices themselves, and not from a PC.

That being the case, the best way to dredge up apps that will look great on your new Android tablet remains search terms like “Galaxy Tab,” or simply checking out our guide to the best Samsung Galaxy Tab apps.