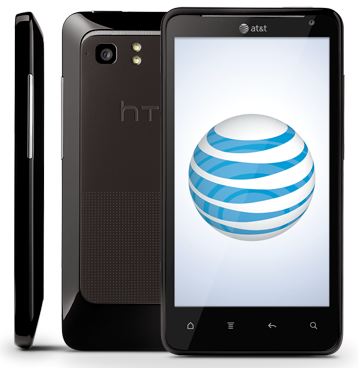 HTC seems to be having the hardest time finding names for all of its phones. The phone company is in hot water because of the name of the recently launched HTC Vivid, which also happens to be the name of Vivid Entertainment, an adult entertainment company.

On the surface the dispute seems fairly trivial seeing as Vivid Entertainment feels that the name of the HTC device could cause confusion for its customers. It does not want people to think that phone Vivid Entertainment had anything to do with the production of the phone.

This isn’t the first time that HTC has come under fire for a product’s name. Earlier this year HTC announced the HTC ChaCha, which happens to be the name of a search company. HTC later renamed the device the Status, due to the fact that it had a dedicated Facebook button.

When asked for an official response to the cease and desist letter HTC only replied with, “We are reviewing the complaint and don’t expect to have any further comment until it is resolved.” Ironically enough the HTC Vivid will most likely be a great phone for streaming videos thanks to its large 4.5inch screen and blazing fast 4G LTE connection.

Video-editing app LumaFusion to get a Galaxy Tab S8 launch
Sunbird looks like the iMessage for Android app you’ve been waiting for
Don’t listen to billionaires like Elon Musk — app stores are fantastic
How old phones became the cool, good phones in 2022
Spotify Wrapped 2022: what it is and how to view it
We asked the experts if biological sex affects heart rate sensor accuracy
I still love my iPhone 14 Pro, but not for the reason I expected
The best iPhone apps to download in December 2022
Instafest app: How to make your own Spotify festival lineup
The best Android apps for December 2022
The Galaxy Z Flip 5 might fix the Flip 4’s biggest design flaws
The best Samsung Galaxy S22 Ultra screen protectors for 2022
The most innovative tablets of 2022