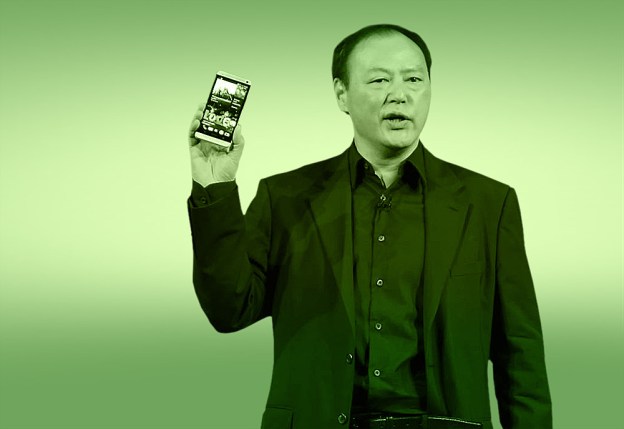 The problems faced by HTC have been well-publicized, whether it’s stock shortages related to the HTC One smartphone, or poor financial performance and shrinking profits. It’s impossible for difficult times like this not to affect staff morale. A number of HTC executives are leaving the company. And if we believe this tweet from HTC’s former manager of product strategy, the negative atmosphere inside the company is intense.

“To all my friends still at HTC – just quit,” Eric Lin wrote, “Leave now, it’s tough to do, but you’ll be so much happier, I swear.” Lin moved on from his position at HTC earlier this year, and joined the Skype team as Product Marketing Manager in February; but he had been with HTC since 2008, during considerably happier days.

Lin isn’t the only one to have departed from HTC recently, as according to The Verge, Chief Product Officer Kouji Kodera, the VP of Global Communications Jason Gordon, Director of Digital Marketing John Starkweather, and Global Retail Marketing Manager Rebecca Rowland, have all left over a period of three months. HTC acknowledged Kodera’s departure, sending out a statement saying he has, “Left HTC to pursue other interests,” and confirming Scott Croyle, current VP of Design, will step into the role.

While these names won’t be familiar to many, more will know CEO Peter Chou, and he has said if the HTC One isn’t a success, he’ll step down from his position. The ongoing supply problems surrounding the HTC One are certainly threatening the device’s short term success already, and The Verge’s sources say Chou was aware of the problems before the phone went on sale, but didn’t address them.

Additionally, despite plenty of big talk regarding the introduction of the so-called Marketing 2.0 strategy following the appointment of Benjamin Ho as Chief Marketing Officer, we’ve yet to see drastic changes in HTC’s public profile – an area where primary rival Samsung excels.

Doom and gloom may surround HTC at the moment, but despite negative tweets from ex-employees, it’s not the end for the company; however, a Nokia/BlackBerry-style re-invention may be needed soon.

Updated on 05/23/2013 at 10:00am by Andy: HTC’s Worldwide Communications Lead for Social Marketing, Daniel Lazarides, has also confirmed his departure from the company. He joined in 2011, and tweeted on May 22 this would be his last week with the firm. Rebecca Rowland, Global Retail Marketing Manager, tweeted that she didn’t expect her departure from HTC would make the news, but thought it was, “Definitely indicative of what’s happening at HTC right now.”

Updated on 06/04/2013 at 09:15am by Andy: Bloomberg has reported HTC’s Chief Operating Officer Matthew Costello is the latest executive to leave the company. Costello has been with HTC for three years, and has been succeeded by Fred Liu, the current President of Engineering and Operations.

Video-editing app LumaFusion to get a Galaxy Tab S8 launch
The best iPhone apps to download in December 2022
OnePlus’ new Android update policy matches Samsung, shames Google
Get these JBL earbuds and 4 months of Music Unlimited for $25
Hive Social is my favorite Twitter alternative, but that’s not saying much
I still love my iPhone 14 Pro, but not for the reason I expected
Instafest app: How to make your own Spotify festival lineup
How old phones became the cool, good phones in 2022
The best Android apps for December 2022
The Galaxy Z Flip 5 might fix the Flip 4’s biggest design flaws
Don’t listen to billionaires like Elon Musk — app stores are fantastic
The best Samsung Galaxy S22 Ultra screen protectors for 2022
The most innovative tablets of 2022