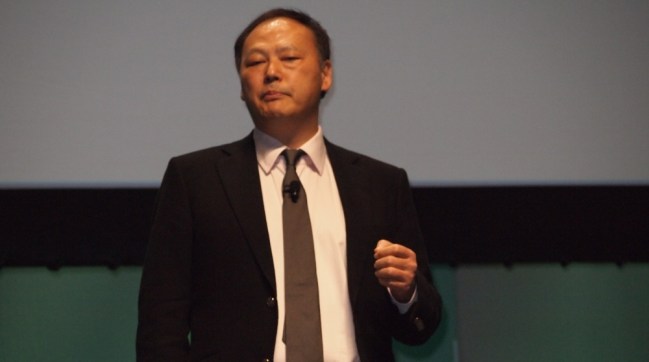 Yesterday, Microsoft revealed a lot of new information about Mango, it’s upcoming version of Windows Phone 7. One thing lacking, however, was new hardware. Though Microsoft announced three new WP7 manufacturers–ZTE, Fujitsu, Acer–it didn’t have any actual phones to show off. That may change soon. HTC CEO Peter Chou has told Reuters that the Taiwanese smartphone maker has Windows Phones in development.

“We have some Windows Mango phones,” Chou said in an interview today. “We are very committed to Windows phone products.”

HTC has long been a strong partner with Microsoft. In 2002, the two companies released the first Windows Mobile smartphone together and Microsoft’s support has helped HTC grow. In the last two years, Microsoft has seen its mobile market share decrease rapidly while HTC has become one of the world’s largest handset makers, thanks to its strong support of Android. Still, the company has stuck by Microsoft, pumping out more than twice as many Windows Phone handsets (5 so far) as any other manufacturer.

Topics
Video-editing app LumaFusion to get a Galaxy Tab S8 launch
Cyber Monday is your last chance to get an iPhone for $99
This incredible $99 iPhone Black Friday deal is still available today
The best Black Friday phone deals for 2022
This iPhone 11 Black Friday deal is crazy good — get it for $199
Apple Cyber Monday Deals: Apple Watch, AirPods, iPad, MacBook
Get these JBL earbuds and 4 months of Music Unlimited for $25
OnePlus’ new Android update policy matches Samsung, shames Google
How Apple can fix iOS 16’s messy lock screen customization in iOS 17
The best voice-changing apps for Android and iOS
Spotify Wrapped 2022: what it is and how to view it
Save $225 on the unlocked Samsung Galaxy S22 Ultra with this deal
Samsung Galaxy Z Fold 4 is $350 off — no trade-in needed