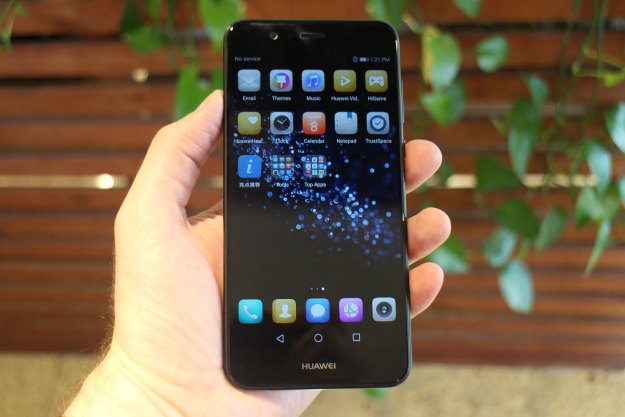 “The Huawei Nova 2 Plus does everything right, but doesn’t go the extra mile to stand out against some tough competition.”

Huawei launched the Nova series at the end of 2016, and marketed them as phones for fashionable folk, who wanted a slim device with a great camera to slip into skinny jeans. It hasn’t taken such a bullish approach with the newly-announced sequels, that have arrived far earlier than usual in the smartphone industry.

The Nova 2 and Nova 2 Plus have been revealed for China, and a wider international launch hasn’t been confirmed yet. We managed to get some time with the Nova 2 Plus in China, to see how it stacks up against the first Nova phones.

There’s a lot to like about the Nova 2 Plus. The metal body has a pleasing grain to the finish, and comes in either a great-looking black, green, or blue — we’d go for the latter. The style draws plenty of influence from the Huawei P10, with antenna bands blending into the body, minimal branding, and a dual-lens camera at the top. In turn, this means the style is also reminiscent of Apple’s iPhone.

The fingerprint sensor is on the back of the phone, rather than in the home button, and it only weighs 169 grams, so it’s very lightweight. At 6.9mm, it’s one of the thinnest phones you can buy.

The Nova 2 Plus is a mid-range phone. It has a 5.5-inch screen with a piece of 2.5D curved glass over the top, and a 1,920 × 1,080 pixel resolution. A Huawei-made Kirin 659 processor with 4GB of RAM powers the phone, a shift away from the Qualcomm Snapdragon chips used in the first Nova phones. The Nova 2 has a smaller 5-inch screen, is even lighter at 143 grams, and has a smaller 2,950mAh battery compared to the Nova 2 Plus’s 3,340mAh cell. The Nova 2 Plus comes with a hefty 128GB of internal storage space.

All the right moves

Performance in our brief hands-on time was great. It slid through the menus and in and out of apps without a problem, just as you’d expect. We doubt anyone will miss not having a Snapdragon processor inside, especially as the faster Kirin 960 chip has been such a winner in the P10 and Mate 9.

The Moving Picture feature is fun, and opens up some interesting creative opportunities.

Android 7.0 Nougat is installed with Huawei’s EMUI 5.1 user interface over the top — we like EMUI 5.1, but the Chinese version we tried was filled with bloatware. However, the app drawer can be activated, there are algorithms working to keep the software running quickly over the lifetime of the device, and it’s considerably more user-friendly than previous versions.

Dual-lens cameras are a Huawei trademark, and they’re present on both the Nova 2 and the Nova 2 Plus. We tried the camera — which has a 12-megapixel and an 8-megapixel lens — indoors, so the results were never going to be astounding, but the software is typically simple to use, and the operation is fast. There’s an added mode we haven’t seen before called Moving Picture, and it’s similar to Apple’s Live Photos mode. A short video is captured when you tap the shutter release, and it works like a GIF. Press on the screen in the gallery, and it animates. The Moving Picture feature is fun, and opens up some interesting creative opportunities; but it’s likely to suffer from the same problem as Live Photos — there’s nowhere to share them natively. The 20-megapixel selfie camera captured great images, but the small sensor didn’t enjoy challenging light conditions. Despite the many megapixels, don’t expect amazing results.

When you pick up a Nova 2 phone, it becomes clear why Huawei hasn’t rushed to sell them internationally yet. It’s because of the Honor brand, a tech-sharing spin-off that makes excellent phones that don’t cost very much. The 5.5-inch Nova 2 Plus costs the equivalent of $425. That’s a lot more than the Honor 6X, which offers a similar specification sheet. It also shares a visual resemblance to the Honor 8 Pro, which has a far more powerful internals for only a little more money.

This is the same problem Huawei faced with the first Nova. The $300 to $500 smartphone market is absolutely stuffed with strong phones, so competition is really stiff. In China, it’s perhaps even tougher, with solid options like the Xiaomi Redmi Note 4X costing half of the Huawei phone. The Nova 2 Plus looks and feels the part, and it operated well in our time with the phone, plus the camera should impress on a longer test given Huawei’s prowess in this area. But there’s nothing here that makes the Nova 2 Plus stand out.