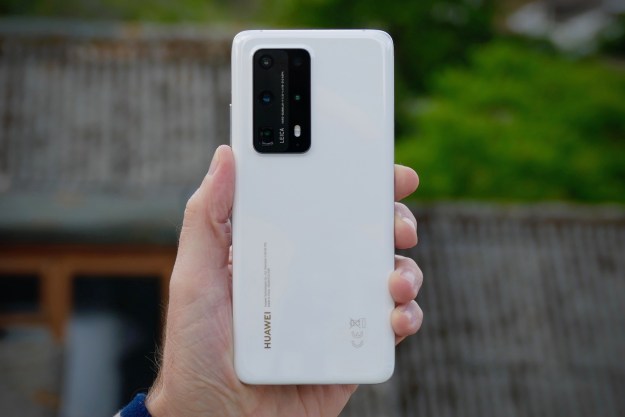 “The superiority of Huawei’s 10x optical zoom on the P40 Pro Plus over every other big-zoom camera phone cannot be questioned.”

The P40 Pro has the best camera I’ve tested on an Android phone, but Huawei isn’t finished with the P40 Series yet. The P40 Pro Plus is the real flagship in the range. It takes the camera further than not only the P40 Pro, but every other high-end camera phone available today.

I’ve spent a few days with the P40 Pro Plus. This is my review-in-progress as I work toward a final verdict over the coming week. While I’ve yet to reach my final conclusion, one thing is for sure. Huawei has raised the bar for zoom on a smartphone.

The P40 Pro Plus is the first Huawei P Series phone that’s technically superior to the Pro model. So, what makes it different?

Visually, it’s almost identical to the P40 Pro. However, the body is made from glass, metal, and ceramic, and it weighs 226 grams compared to 209 grams for the P40 Pro. The same 6.58-inch OLED screen is on the front, the body still has IP68 water resistance, and it’s all powered by the Kirin 990 5G chipset and 8GB of RAM. Even the battery has the same 4,200mAh capacity, with 40W wired fast charging or 40W wireless charging.

Put the P40 Pro and the P40 Pro Plus beside each other, and the main way to tell them apart is the finish. The P40 Pro Plus has a special white, or black, nano-ech ceramic rear panel. Each needs to be baked in an oven for five days at up to 1,500 degrees centigrade, reaching sapphire-like durability and a reflective look Huawei compares to that of diamonds. The white version I received looks fabulous, with a deep reflection that subtly differs from glass. It has a smooth, ice cold finish.

The camera bump on the back is ever-so-slightly larger than the one on the P40 Pro, and not only houses an additional sensor that the P40 Pro lacks, but also the incredible new periscope zoom. Look closely, and it appears to sink right down inside the body of the phone and out the other side, an amazing optical illusion created by the complex array of mirrors that make it work. That Huawei has managed to squeeze this all into a body with the same dimensions as the P40 Pro is very impressive.

You do notice the additional weight, though. The P40 Pro is already heavy, so the P40 Pro Plus is a real beast of a phone, and arguably not as well balanced. I found I shuffled it around in my hand more than the P40 because of the extra bit of weight. That’s the trade-off if you want the mega-zoom. It’s right up there with the Samsung Galaxy S20 Ultra and the iPhone 11 Pro Max, both of which are similarly hefty.

The P40 Pro Plus doesn’t alter the P40 Pro’s design from the front because it doesn’t have to — both are strikingly attractive. However, I still find the large, pill-shaped cutout for the dual-lens selfie camera in the screen distracting on anything other than a black background.

This is why you’re here, right? It’s the reason to choose the P40 Pro Plus over the P40 Pro, so is it worth the extra money?

The camera on the P40 Pro Plus is not perfect, but you have to look for the problems and be extremely critical for them to spoil the results. I’m only a couple of hundred shots into using the P40 Pro Plus at the time of writing, and I am struggling to choose which photos to share first, as I like the vast majority.

Most of the P40 Pro Plus’ shots have a wonderful tone and atmosphere that many other phone cameras lack. Even though Huawei uses plenty of artificial intelligence (A.I.) and other software tricks to generate the photos, they still have a natural look to them, which almost certainly comes from its partnership with Leica. It’s easy to forget Huawei works with the respected camera brand until you start taking photos. It’s no accident they look so good.

Let’s talk about 10x optical zoom. The P40 Pro takes 5x optical zoom and 10x hybrid pictures, so can you see the difference? Yes, you really can. From two floors up, I took the photo of the wood you see below, and while the wood itself is not all that different in either photo, take a closer look at the black rubber in the center. The P40 Pro Plus’s photo clearly reveals it has a texture, which is completely missing from the P40 Pro’s hybrid shot.

In the photo of the Toyota pickup, zoom in on the rear light and you can read the Toyota branding on the edge of the cluster in the Pro Plus’ photo, but it’s too pixelated in the P40 Pro’s photo. Also, see how crisp the reflections are as they follow the contours of the vehicle, and on the running bar too. The optical system removes all of the digital processing that creates these pixelated details. However, there is still some tuning to be done here, as the P40 Pro Plus’ photo has a green tint in some areas, and although the deeper black is accurate, it loses some of the luster from the P40 Pro’s photo.

The 10x optical zoom gives you the confidence to get in closer to subjects when out taking pictures, which I have already found to be fun when taking wildlife photos. Distance is important for this kind of photography, as is the quality of the end result, and the P40 Pro Plus has great potential to be used for taking excellent photos of animals. However, in my photos of the squirrel — all of which were taken in a sunlight-dappled wooded area — it seems some work may still be needed on the exposure.

The P40 Pro Plus takes the zoom right up to 100x, and although the images are better than the Galaxy S20 Ultra’s, they’re still not ones you’ll want to share any time soon. I do like the addition of a handy second, picture-in-picture viewfinder to help focus and composition. It’s still early days for testing, but based on the photos I’ve taken so far, it seems the P40 Pro Plus has improved on the P40 Pro’s zoom, and Huawei has made another massive stride forward in the technology. No other brand comes close to it at the moment.

The P40 Pro Plus has the same Kirin 990 5G chipset and Android 10 software as the P40 Pro, and neither have Google Mobile Services installed. Instead, you get apps from the Huawei App Gallery and the Amazon App Store, or by using APK files available from third-party sources. I’ve written about my experience with apps on Huawei phones with Huawei Mobile Services already, and the P40 Pro Plus is no different from the P40 Pro and the Mate Xs folding smartphone.

What this means is you have to change your way of thinking, and potentially leave Google behind after buying the P40 Pro Plus. It’s not possible to install Google Mobile Services and use the Play Store, but some Google apps will work when you install them through APKs, although signing in with your Google account isn’t possible. Huawei’s App Gallery is growing, but there are still gaps including Netflix, many local banking services, and social media apps.

Over the past few days, I have not noticed any difference in the way the phone performs compared to the P40 Pro, but this unfortunately means the same problems with notifications not always showing up are still present too. The battery has only required charging once over four days, so the excellent battery life from the P40 Pro seems to have been carried over, but I will continue testing this out over the coming week.

As it stands now, it’s hard to say the P40 Pro Plus justifies its vastly higher cost, considering how well the more affordable (though still expensive) P40 Pro stacks up against its major competitor, the Samsung Galaxy S20 Ultra. Perhaps more will reveal itself as I use continue using the phone.

However, the superiority of Huawei’s 10x optical zoom on the P40 Pro Plus over every other big-zoom camera phone cannot be questioned. It’s excellent, and like so many P Series phones before it, the phone pushes the industry forward, as Huawei’s competitors will once again have to work to catch up.

The Huawei P40 Pro Plus will be available for pre-order on June 15 in the U.K., with final release on June 25. It will not be officially sold in the U.S., but can be purchased through an import service.

Video-editing app LumaFusion to get a Galaxy Tab S8 launch
Google wants you to know Android apps aren’t just for phones anymore
Nreal’s Air AR glasses head to the U.S., ready to rock with iPhones
WhatsApp is copying two of Zoom’s best video-calling features
Best Phone Deals: Save on Google Pixel 6, Galaxy S22 Ultra
The best wireless keyboards for 2022
The best wireless earbuds for 2022
Apple rolls out iOS 16 update to fix frustrating camera-shake, paste bugs
Hey look, the iPhone’s Dynamic Island has come to … Android?!?
Why I stopped wearing my smartwatch — and why I haven’t looked back
How to transfer your SIM from an Android phone to an iPhone 14
Google Pixel Tablet leak reveals key specs about the mysterious device
How to buy the new Apple Watch Series 8, SE, and Ultra