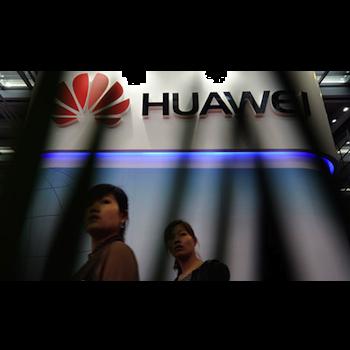 After announcing three new smartphones at CES 2013, one could have expected Huawei to be done with new releases for a while, however according to Richard Yu, head of the company’s consumer business group, it’s planning a similarly strong showing at Mobile World Congress next month.

Yu couldn’t wait to tell those gathered at the Las Vegas show there was more to come, as he’s quoted as saying, “Huawei will be launching two new products at MWC that are more innovative than these two phones,” soon after the launch of the Ascend D2 and Ascend Mate, the devices to which he was referring.

It’s a bold statement too, as the Ascend D2 has a 5-inch, 1080p screen and the Ascend Mate is equipped with gigantic 6.1-inch display. Perhaps not innovative, but certainly two of the standout smartphones revealed at CES. It also backs up what we all expected, that even those companies who revealed new smartphones at the show are saving their best for MWC.

So what innovative products does Huawei have waiting in the wings? According to Engadget, one of them will be the successor to the Ascend P1 S, and it’ll be even slimmer than the original 6.68mm thick Android phone. This puts the current World’s Slimmest Smartphone record holder, the 6.45mm Alcatel One Touch Idol Ultra announced at CES, firmly in its sights. As for the other phone, it has so far stayed out of the limelight.

Exciting huh? Yes, but with a few reservations. Seeing as the Ascend P1 S, which Huawei debuted at CES 2012, has only just gone on sale in the U.S., and P1 S’s LTE variant became part of EE’s 4G line-up in the UK this October; prompt release dates following announcement isn’t one of Huawei’s strong points. There’s also no guarantee it’ll be coming to anywhere except China either, as the Ascend D2 and Ascend Mate have so far only been given release dates there.

We’ll know all about Huawei’s continued plans for 2013 at Mobile World Congress, which begins on February 25.