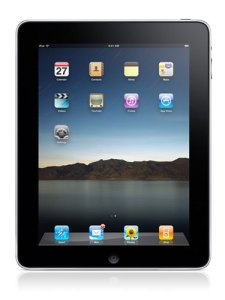 Apple’s exceedingly popular iPad tablet celebrated the one-year anniversary of its initial announcement on January 27. Given the company’s typical strategy of releasing a generational step forward for its devices each year, an iPad 2 announcement should be coming any day now, especially with rumblings in the tech industry hinting at the updated tablet’s features having picked up over the past few weeks.

Japanese blog macotakara.jp — a previous breaker of reliable Apple news — reported on Saturday that the company is planning a “small event” for sometime in March, as translated by AppleInsider. A further update from Gizmodo reveals that the translation may in fact point to a February reveal.

Whether it’s this month or next, the iPad 2 announcement seems to be imminent. Rumors of the second-generation tablet’s features have been on high gear since November, when it was hinted that the next model would feature front- and rear-facing cameras as well as a GSM-CDMA chip, which would allow the device to access wireless Internet offerings from a range of mobile service providers. Other rumors have pointed to a new form factor and wide-range speakers, a new smudge-proof screen, an absence of buttons, doubled resolution and a dual-core CPU, and built-in near-field communication technology, which would allow the second-gen iPad (and presumably the next iPhones as well) to function as a sort of digital wallet for in-store purchases.

A report last week offered a look at what is believed to be the iPad 2’s new screen which, it should be noted, does not feature the high-definition Retina Display technology that was introduced with the iPhone 4. The 9.7-inch display offers a resolution of 1024 x 768, an upgrade over the original iPad but not the much higher 2048 x 1546 resolution suggested in an earlier rumor. So for all that’s been purportedly revealed about the next-gen iPad, you can see that the facts are going to have to wait. With a February or March announcement supposedly in the offing, it’s looking like that wait won’t be too much longer.

Video-editing app LumaFusion to get a Galaxy Tab S8 launch
Google wants you to know Android apps aren’t just for phones anymore
Nreal’s Air AR glasses head to the U.S., ready to rock with iPhones
How to turn on the haptic keyboard in iOS 16
The best iPhone 11 wallet cases and covers
Pixel Watch design video reveals what Google doesn’t want you to see
The best wireless keyboards for 2022
The best wireless earbuds for 2022
Apple rolls out iOS 16 update to fix frustrating camera-shake, paste bugs
Hey look, the iPhone’s Dynamic Island has come to … Android?!?
Why I stopped wearing my smartwatch — and why I haven’t looked back
How to transfer your SIM from an Android phone to an iPhone 14
Google Pixel Tablet leak reveals key specs about the mysterious device