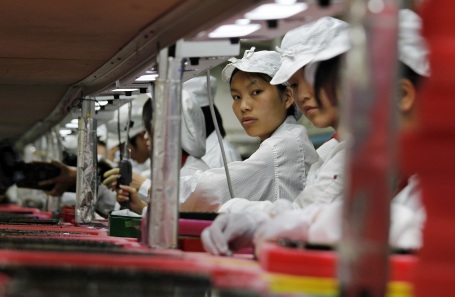 An initial investigation by China Labor Watch into Saturday’s explosion at a subsidiary facility in Shanghai owned by Apple supplier Pegatron has revealed that a build-up of combustible aluminum dust was the likely cause. The incident injured 61 employees at the Riteng Computer Accessory Company factory.

China Labor watch is an independent not-for-profit organization that investigates working conditions at factories throughout China. Authorities in Shanghai are now reportedly conducting their own investigations into the explosion.

Apple spokeswoman Carolyn Wu told Bloomberg, “We are working closely with Pegatron to understand the cause of this accident. Our hearts go out to the people who were hurt.”

The aluminum dust comes from the iPad casing polishing process and was also thought to be the cause of an explosion at a Foxconn factory in Chengdu back in May, which killed three and injured 15.

Although the two incidents took place at different companies, the link between them will still be of great concern to those already critical of working practices employed by Chinese factories producing parts for the global tech industry, as it would indicate little has been learned from May’s explosion.

In a statement issued by China Labor Watch on Monday, factory managers said that in some cases they had little power to change the set-up, claiming that Apple had the final say. “China Labor Watch had communicated with several of Apple’s supplier factories in China in the hope that they would improve the workers’ working conditions,” the statement said. “However, some managers in the factories told CLW that Apple has systematic control over the operation of its supplier factories. Apple’s supplier factories have to buy raw materials from companies designated by Apple. The design of the assembly line also needs to be approved by Apple. Therefore, the supplier factories have little power to make any changes on the production and the factory management.”

Reports have also emerged that as a result of Saturday’s explosion, stocks of Apple’s iPad 2 are likely to be affected, though to what extent isn’t clear.

Riteng is said to be in the process of ramping up its output of aluminum casings for Apple’s iPad as it battles with rival Foxconn for a bigger share of the market.